I was driving yesterday and was listening to a conservative Christian radio broadcaster-- just something that I happened upon as I flipped through the stations.

She was on a long soliloquy about the sad state Christians found themselves in at the moment, which is something that really could go either way. But then, the reveal: "In my lifetime, I don't think I have ever seen Christians so dispirited about the turn the world has taken, with this stolen election."

I hit the radio with the heel of my hand, which was a mistake in at least two ways. I was upset and disappointed at that message, that Trump's loss was somehow a blow to Christianity.

First, aren't we supposed to be bigger than politics?

"But, abortion!" the conservatives will say.

Somehow, for so many of our nation's Christians, that one issue--something that Jesus never discussed--takes precedence over consideration of all of the issues and values that Jesus did talk about: poverty, love of God and neighbor, humility, and sacrifice. Opposition to abortion may be a principled position (whether you agree with it or not), but it is not one that can reasonably be seen to supplant all the things that Christ actually told us to do and to respect-- few if any of which mark the life of Donald Trump.

I get that some people are despondent that Trump will no longer be president. That makes sense at some level. What doesn't make sense is that your Christian faith would lead you, somehow, to that despondence.

Whatever it is that your own faith and vocation make you want to accomplish, you still can. A change in presidents does not change that. And if the new president changes your faith or hope for the world, your faith does not appear to have been so strong to begin with.

I make a cameo appearance in this promo for a class at Harvard's Kennedy School of Government (Cornell William Brooks' remarkable "Morals, Money, and Movements").
A long long time ago I was deciding where to go for law school. I was living in Cambridge, Massachusetts at the time, and wandered through Pound Hall at Harvard Law. A cork board was full of notices for upcoming lectures.  I thought "I'll go to Yale Law, and then someday come here and give a lecture." And that has happened, several times.
I also once hoped that someone would invent a phone that, when it rang, ran after you on little feet. That, too, may someday happen.

Haiku Friday: In the Snow 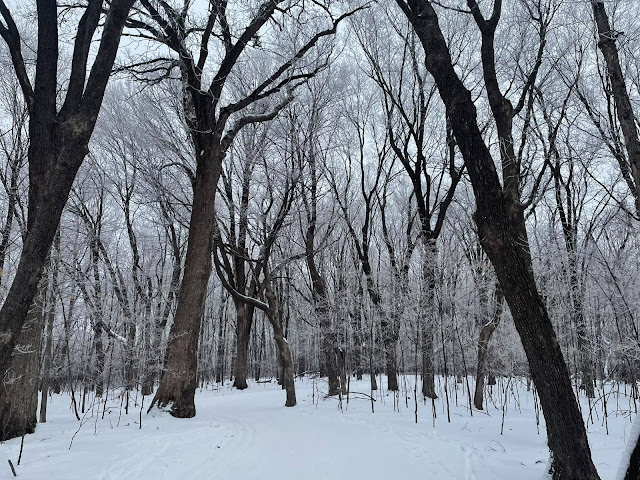 Waco got snow this week! I saw pictures of many poorly built snowmen (and a few keepers). Up here, we are used to it by now, of course.
January needs snow. I went skiing on Tuesday, and it was glorious-- fields of white, gliding, turning.
Let's haiku about snow this week. I will go first:
Still kind of magic
Those first big fat flakes, falling
Slowly to my nose.
Now it is your turn! Just use the 5/7/5 syllable, and have some fun!

PMT: The Execution of Lisa Montgomery 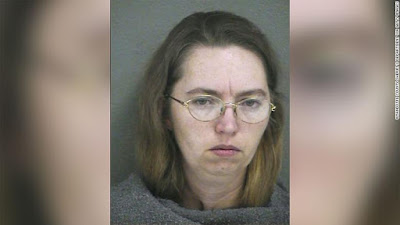 Buried beneath a lot of the other mayhem, the Trump Administration has gone on a real tear of executions, trying to get as many done as they can before they leave office. It's appalling and wrong.
On Tuesday night, they executed Lisa Montgomery, the first woman executed in the federal system since 1953. She is the 11th person killed by the Trump Administration, a streak that has followed a 17-year period in which there were no federal executions.
Her crime was horrific. She strangled to death a woman, Bobbie Jo Stinnett, who was eight months pregnant, and cut out the baby (who survived the ordeal somehow). The victim and perpetrator knew each other; they both bred rat terriers.
Montgomery was a mess, scarred by trauma and probable mental illness. A District Court ordered a stay to allow for a hearing to examine her competence on Tuesday, but the Supreme Court over-ruled that order later in the day so the execution could be completed.
What was the rush? Well, they did know a new, less bloodthirsty administration was coming in.
She killed. We killed. Does that make anything better? 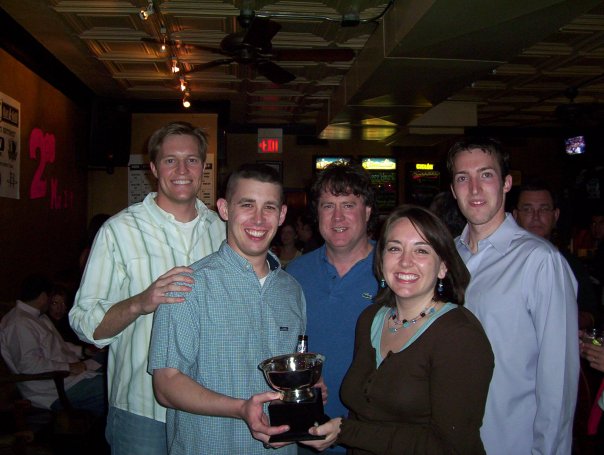 Working at Baylor, I got to work with some remarkable students. And who is the guy holding the championship cup (and, it looks like, a beer, contrary to Baylor regs), next to the talented Jennifer Job? Well, that's Campbell Warner, one of my all-time favorites.
Campbell came to Baylor law from LaSalle University in Philly, and he immediately made an impression as smart, competent, and funny- and great in court. I asked him to be part of this team, and he did a fantastic job. I knew he was a guy who was going places, and I was right.
After law school, Campbell began a remarkable career as an Army JAG lawyer. JAG lawyers through their careers usually do everything: prosecution, defense, appellate, legal assistance, and more-- it's a remarkably balanced career path. Campbell has enjoyed that kind of variety, including a year deployed in Afghanistan. I've kept in touch with him (it helps that his wife is from Minnesota), and am often envious of the things he gets to do. Along with people like public defenders and school teachers-- all of whom sacrifice to protect our liberties-- I am grateful for his service to this country.
Right now, he is the special victims prosecutor at Fort Riley, Kansas, and prosecutes sexual assaults, domestic violence, and child protection cases. Fort Riley is a good spot-- he has had two prior stints there and knows his way around.
Oh, and along the way he won $30,000 on Jeopardy: 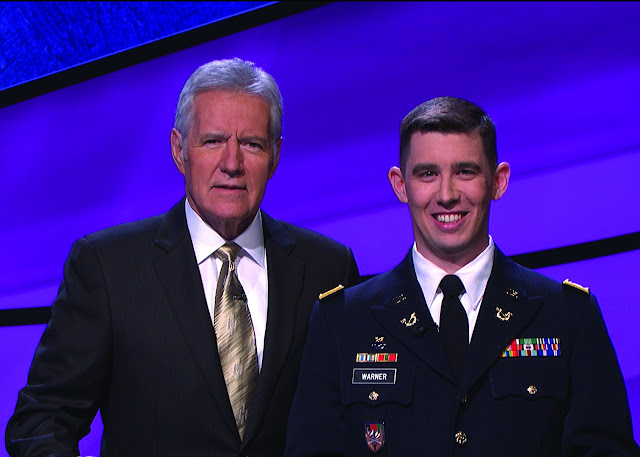 Campbell Warner has a lot ahead of him. I can't wait to see what it is.

In a deeply troubling 1993 opinion in a capital case, Herrera v. Collins, the Court held that a federal prisoner could not pursue a writ of habeas corpus solely on the basis of actual innocence. In the course of reaching that conclusion, the court noted that their bar to habeas did not mean, “however, that petitioner is left without a forum to raise his actual innocence claim. For under Texas law, petitioner may file a request for executive clemency.” The Court then went on to assert that under British law, clemency “was the only means by which one could challenge his conviction on the ground of innocence,” and that “Our Constitution adopts the British model and gives to the President the ‘Power to grant Reprieves and Pardons for Offences against the United States.’” Their message was clear: at least in some cases, clemency is an allowable forum for innocence claims.

Eugene Volokh has noted some other reasons to think that pardoning may be consistent with innocence: the federal statute that allows compensation for the wrongfully convicted allows pardon to be a basis for such a claim, and the DOJ’s own guidelines for clemency don’t create a bar but rather assert that “Persons seeking a pardon on grounds of innocence or miscarriage of justice bear a formidable burden of persuasion.”

So can President Trump pardon himself while proclaiming innocence? Well, yes, all he has to do is sign a pardon warrant and bleat about being unfairly persecuted. But when the rubber hits the road-- which would come if he is ever charged in federal court and he raises the pardon as a defense-- the arguments above will come into play.