It is that every 4th Grader in the USA knows the words to this song. ALL of them.

Haiku Friday: In the woods 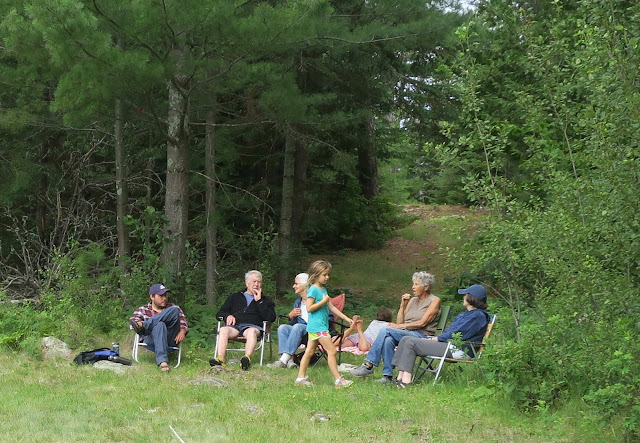 Wilderness is a good thing. I took it for granted as a part of my life, I think, until I met Craig Anderson. He was the first person I ever met who talked about wilderness as something both precious and threatened. He was so right, too: once I began to see it that way, it changed everything. Now, a canopy of trees is a sacred place.

Let's haiku about the woods today. Some love it, some fear it, some just aren't interested. Your wilderness might be the middle of a lake or a tree in your yard, and that's ok.

Here, I will go first.

Boundary Waters-
The most civilized place
I have ever been.

Now it is your turn! Just use the 5/7/5 syllable formula, and have some fun! 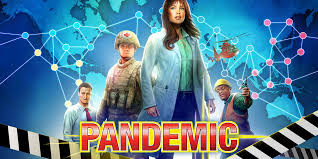 Susan Stabile stopped by for a chat yesterday, and in the course of our discussion she mentioned that she and her family actually play a board game called "Pandemic." I didn't ask her how that worked, but I have been wondering ever since-- does it involve coughing on each other?

We face the possibility of an actually pandemic, of course, emanating from Wuhan, China. The coronavirus strain that has public health officials concerned isn't fatal for the overwhelming majority of people who contract it, but it is worse than the "common cold" that Rush Limbaugh claimed it is (really, if you go to Rush for medical advice, you probably have bigger problems).

I love challenges where it is scientists who swing into action. Yes, they have their own politics, spats, turf wars, and outsized personalities, but they also share something close to a common goal and usually work towards that goal, especially in the medical field.

Some are critical of President Trump's choice of Vice President Pence to lead the task force-- it seems like maybe a doctor should head it up-- but remember that Obama's "Ebola Czar" was political operative Ron Klain.  Hopefully, the VP's status within government will allow things to be expedited in some ways.

We should all want the crisis to be averted, and government to be competent. Our lives, or at least the lives of some people we know, may depend on it. I hope that this is a fight that can transcend politics.

Did anyone else find that really hard to watch?

I really dislike the overtalking and lack of discipline by the moderators and candidates. The Democrats do not present themselves well when they discuss important issues like that. For a few minutes, it was just Sanders and Buttigieg talking at the same time, like some kind of dada lecture.

On the plus side, Amy Klobuchar actually talked about the plan to take clemency out of the DOJ and create an independent commission-- it's the first time I can remember any clemency proposal being raised at a debate within either party. So huzzah for that!

Coming up on March Madness!

It's almost here! We are coming to the end of the college basketball season, and things are pretty interesting: lots of surprises, new teams emerging, and a few old stalwarts. Right now, prognosticators seem to be looking to Baylor, Kansas, Gonzaga, and San Diego State as the number one seeds, despite the fact that three of those four lost last weekend (the fourth, Kansas, beat Baylor). Here are the current rankings:

-- It looks like a down year for the ACC. No UNC in the top 25? And defending national champion Virginia is missing, too.

-- Meanwhile, a great year for Western schools not in the Pac-12, like San Diego State, BYU, and Gonzaga.

-- The Big 10 isn't exactly lighting it up, either. When Penn State is about the best shot you've got, things aren't great.

My dad doesn't often haiku, but when he does, it is memorable. Here was his from last Friday:

[This refers to an actual event, his Eightieth birthday party up at Osler Island, where the theme was "Aye, Matey!" Get it? "I'm Eighty?"]

In other news, I had a piece in the Waco Trib yesterday about the primaries. My original headline was "Bernie Sanders is Not a Sign of the Apocalypse," but they didn't use that. Probably best not to joke about the apocalypse in Waco, I guess. Anyways, you can see that here. And here is the political cartoon they ran with it: 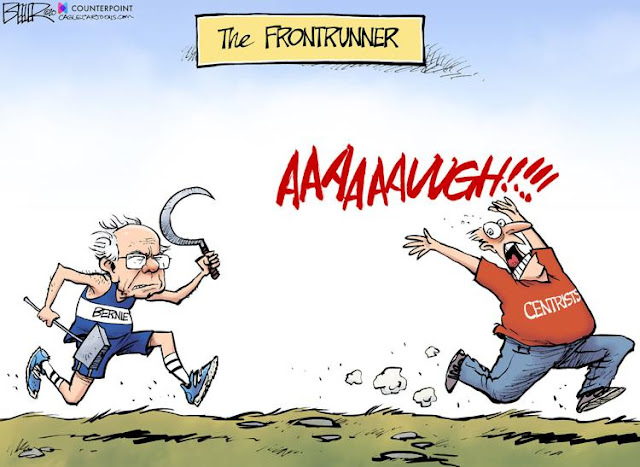 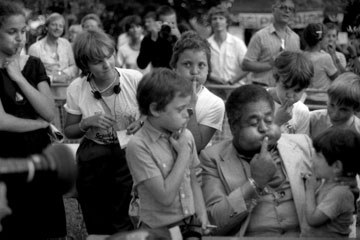 I'm a little obsessed with my dad's series on Milt Hinton-- you can see part 2 here. Hinton was a legendary jazz bassist who played with everyone from Cab Calloway to Paul McCartney. He also took photos along the way, such as the one above of Dizzy Gillespie with French kids or this one of Billie Holiday: 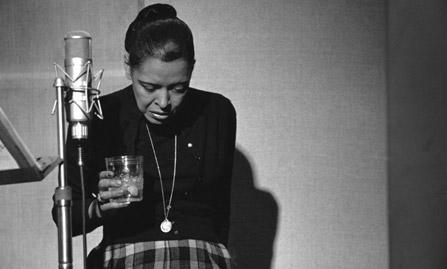 I think part of what is so compelling to both me and my dad is that Hinton was both participant and observer. He was with Gillespie and Holiday not because he was a photographer lurking in the corner, but the bassist who momentarily grabbed a camera between takes (in the studio) or sets (in a club).

At our best, that is what my dad and I am, too.

He is an artist who is at his best working with other artists. Outside of that context, he embeds himself in what his subjects are doing: He paints people in church because he goes to church with them. He takes a photo of a person wading in the ocean because he is doing the same thing.

My writing is rarely objective or removed-- I, too, am at my best when I am both participant and observer. I write about drug cases because I work on drug cases; I advocate for clemency because I go into prison and take down the stories of people who want clemency.

I realize, too, that I have an inherent hostility to those who pose as objective observers, above the fray. If you want to know dirt, plunge your fingers into the earth.

That's part of what is fascinating about Jesus: God becomes not just observer, but participant in the world he created. Jesus feels pain, rejection, joy. He is in it with us. How transformative is that?

Yesterday was my birthday. It was also the one day of the workweek that I don't teach class (I teach 10 credits in the Spring). That doesn't mean there wasn't plenty to do! Here is all that went on:

8:45: Meet with a State Rep in St. Paul  to talk about our pending legislation fixing the MN clemency process and plan for a hearing coming up on Thursday.

9:40ish: On the drive back to Minneapolis, enjoy an interview with a writer for Reason magazine about federal clemency.

10:15:  Make it back in time to school to meet with a student who is interviewing this Tuesday for a prosecutor job.

11:45: Get back in the car and drive over to the Univ. of Minnesota law school.

12:15: Present the case for clemency reform to the Board of the MN Innocence Project. They vote to support the initiative.

2:00:  Meet with two women who have a plan to push for reform of the felony-murder rules in Minnesota. I really admire them, and give them some ideas for advocacy.

3:00: Meet with a student who wants to be a part of my clinic next year.

3:30:  Meet with another student who wants to be a part of my clinic next year.

4:00: A thoroughly pleasant reception with my UST colleagues, at which Tom Berg recounts the trip to a remote Alaskan fishing resort that his wife won on Wheel of Fortune(!).

Not a bad day! So, yeah, it is my birthday. I am 128 years old, or something like that (but I am still pretty spry). Please enjoy this photo of me and former Baylor Dean of Chapel Todd Lake enjoying a previous birthday.

We all have them, of course, so let's haiku about birthdays this week! Here, I will go first:

It comes ev'ry year
And yet takes me by surprise;
Where did that year go?

Now it is your turn! Just use the 5/7/5 syllable pattern, and have some fun!

Political Mayhem Thursday: About those clemencies.... 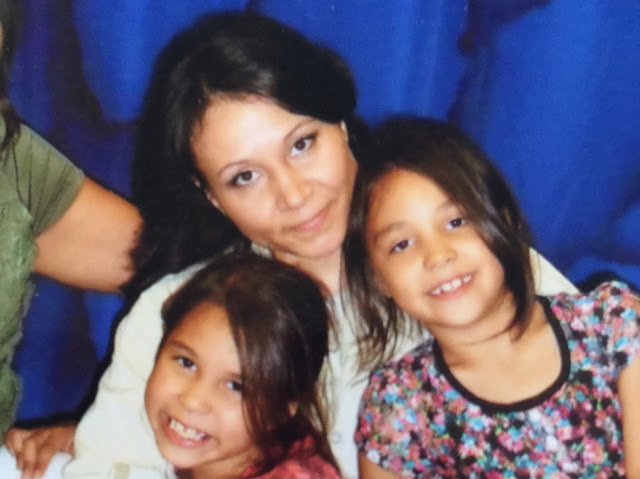 People are pretty irate about President Trumps commutation grant to Crystal Munoz on Tuesday. For those of you who missed it, she has served twelve years in prison for a minor role in a marijuana trafficking scheme. She was pregnant during her trial, and gave birth as a prisoner. She can now go home to her children.

What, what? That's not what people were upset about?

Oh, right, Rod Blagojavich, Michael Milken, Bernard Kerik, Eddie DeBartolo, Jr..... I think those were the ones people were upset about. And I get that. But granting them mercy hurts no one. Blagojavich was the only one still in prison, and he had already done ten years. That's a lot of time.

The problem isn't granting too many clemencies, it's not granting enough. Much more needs to be done so that we are finding all of the other Crystal Munoz's out there. In fact, in this batch, there were several that were justifiable by any measure.  But there needs to be a better process so that the 13,900+ petitions in the current backlog can be evaluated and ruled on. As you know, I have a plan for that...

Right now, celebrities and public figures are playing an outsized role in the clemency selection process. The Trump administration is making no secret of that-- in fact, they issued a remarkable press release that literally lists all of the public figures supporting each of the people who received clemency this week. To pick the wackiest one, for example, it reports that the pardon for Bernard Kerik was supported by "Rudy Giuliani, Judge Andrew Napolitano, Geraldo Rivera, [and] Charlie Daniels..."  Charlie Daniels?

Well, that's where we are. And we might soon be seeing a better way emerge. If nothing else, we should all be happy for Crystal Munoz. 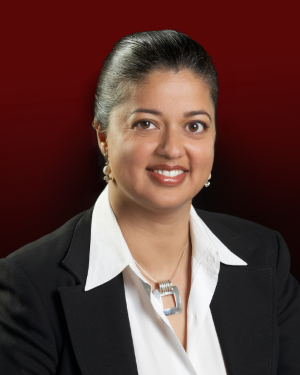 I have devoted Wednesdays (mostly) to profiling my classmates in the Yale Law class of 1990. It's been a great adventure, and we continue that today!

In law school, Lovely Dhillon seemed like she had her act together-- and she did. Like me, she was one of the relatively few people who came to Yale Law from a state school (in her case, Florida State).  She was smart and poised and had a certain elan that most of us 20-somethings lacked.

After law school, she headed for San Francisco, where she worked for Amnesty International, the California Minority Counsel Program (which she grew to a significant size as Executive Director), as an Assistant District Attorney, and as CEO of the Law School Consortium Project.

All of that prepared her for a role as Deputy Director of the Bill and Melinda Gates Foundation, which... well, you probably know what they do, and it's a lot.

Currently, she is the CEO of Jodevi Consulting, which works with businesses and non-profits to create data-informed social impact projects. It is important work: I am often amazed at how many people give away money without a systemic vision of what they want to change (or preserve, as the case may be).

Philanthropy makes a lot of the mechanisms I care about work. I'm glad that Lovely has devoted her career to a sector that needs talent like hers.