Best Game Ever Made Up In a Backyard 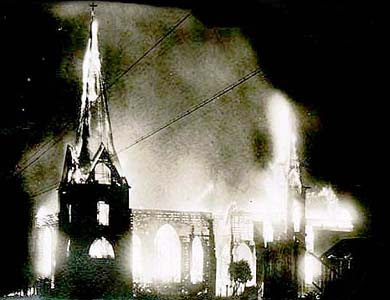 Staying here at my parents' house, I noticed some dents in the wall on the back of the house. I know exactly what they are from, too-- they were caused by a game my brother and I made up about 35 years ago.

The game was called, for reasons I can't remember, "Botchy Ball." The sport had no similarity whatsoever with the actual game of Bocci Ball. At least, unlike our other made-up game, Taco Bueno, there were no trademark issues involved. Here is how you play:

1) First, each player needs a baseball mitt and wooden hockey stick, sharpened to a point on the blade (I'm not sure why this pointy-end thing was necessary, but it made the game much more dangerous and thus interesting).

2) Perpendicular to a tall wall, draw a chalk line back about twenty feet.

3) Using a tennis ball, try to shoot the ball off the wall, into the other court and past the opponent.

Oddly, this game got fairly popular in the neighborhood- we had championships and everything. Go figure.

Of course, this wasn't the only goofy game kids ever made up...

Comments:
My friends and I also made up a game which was just like baseball, except there was tackling.

It made baseball a much better game, but people went to the emergency room a lot.

Spot light. I don't know who made it up, but it's all we wanted to do in the summer. It was basically hide and seek at night, with flashlights, and an entire neighborhood of kids running through and hiding in people's yards, trees, & bushes.

Snoot shooting.
After dark, we used to cram fireflies up one of our nose holes (and only one -- this was an important point that was often lost on my brother Steve), then chase each other around ... kind of like laser tag ... then, at the right moment, plug up the OTHER nose hole and expell the firefly at a high velocity.
A "head" or "body" hit meant you were out of the game. An "arm" or "leg" hit meant you couldn't use that appendage for the rest of the game.
We'd break up into sides. The side with the last person "standing" would win.
Your nose holes would glow all night, win or lose.
I guess I don't need to tell you that this is something we played in and around Woodville, in DEEP East Texas.
RFDIII

Just don't try to turn it into a movie like "Baseketball." Trey Parker and Matt Stone need to stick to cartoons! One of those movies I foolish having paid to see.

We played a similar game in winter at the rink after it was closed: instead of a tennis ball, we used a hard puck, hockey sticks and the warming house was the back stop. This game cannot be played around little kids. I still have a couple of marks myself...

Butter Cups!
When it rained hard enough to make the street gutters run, we put butter cups next to each other in the roaring gutter stream and raced them. Poorly kept city streets and grass from the parkway growing in the cracks made for intense rapids. It was awesome.

I was an only child. I read that book Harriet the Spy as a kid and I decided t be come her. I asked my Dad for a pair of binoculars and I told him I wanted to bird watch Instead I used them to spy on everyone in our neighborhood. I would wear the binoculars, go around on my "spy route," and write the things down in my notebook. The neighbors wuickly learned of my activites and my mother would get phone calls like: "Jane, Elizabeth is in our bushes again, watching us eat dinner. Could you please come and get her?"

I was a total dork. I mean I really thought I was invisible. On the other hand, I did learn to spell the word SUSPICIOUS.

We also used to play a game called CURB BALL. It sounds a lot like BOTCHY Ball.

I like the idea of "SPOTLIGHT." That sounds fun. I once played hide and seek in total darkness during the wintertime in the closed locker room of the Detroit Boat Club. My friend jumped out at me and we both laughed SO hard that we BOTH LITERALLY peed our pants. That was really embarrassing for the both of us but it STILL makes me laugh.

These dumb girls in Minneapolis taught us some game called "Sardines" when I was about 10 that involved crawling around in the dark and doing a lot of groping.

Later on, I thought it might be fun to play that again.

I played Sardines in Virginia. It was a super fun variation on hide and seek involving more than a dozen kids and a huge neighborhood. Quite wholesome, though. No groping involved. You hung out with BAD kids in Minneapolis!!!

I know! I was just too foolish to recognize an opportunity when it smacked me in the face.

Not much of a 'made up' game, but hide and go seek was amazing.

Not so much for how fun it was, but I was thinking about how it would be now.

I grew up in the 'hood' in Houston. We would use the entire block and the next street's block as our playing field.

We would go into random people's yards and hide in their boats, garages, porches, etc.

I am thankful this was before Texas had concealed handguns.

LOL, tyd--I so wanted to be Harriet the Spy, too. The only problem was that nothing interesting ever seemed to happen in my neighborhood. :(

But then, I guess that is what people like about it...