Please, can we stop talking about Trump? 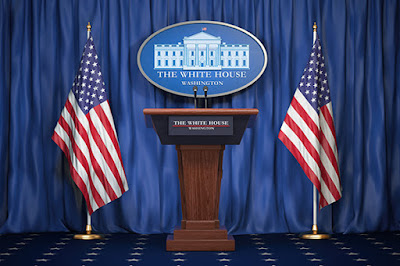 The election is over. Biden won. Yes, Trump is flailing about trying to find a way to ignore that outcome, but it isn't working at all.
Please, can we stop talking about Trump?
I have friends and family who are accomplished at so many things: Art, theater, creative writing, advertising, history, law, education, opera etc. etc. etc.  These are fascinating people. But for the most part they have all been reduced to 4th-rate political commentators who can't stop talking about Trump.
It's time to stop allowing him to be the focus of our nation. He wants that, of course. But we don't have to give it to him.
So let's have conversations about other things. Life is rich, and we are surrounded by beauty and remarkable people. We are divided as a nation not only because we disagree about politics, but because we care about politics too much-- we grossly over-value its importance. And that is a choice.
I'll do my part. No more Trump talk here unless it is about clemency (which is, you know, kind of my gig).

Comments:
So what are your plans for Thanksgiving? Will you participate in a virtual turkey trot? Will you cook a turkey and play board games or scrabble? Or will will you watch parades (not sure how that is going to work) and follow with some really bad Lions football? We will be having leg of lamb, taking a nice walk (weather permitting) and then sipping cognac which is a tradition we started a few years ago.

I think it would be appropriate for the following tom be said at the inauguration: YOUR ARE FIRED!

I have to say I love John’s comment and I could add one or a thousand fitting epithets but I have to ask this, since Christine brought the subject of Thanksgiving: have you managed to perfect your recipe for turkey incinerated in a trashcan? Just curious :)

This year I am making a mostly-rum pumpkin pie. So there is that. And DAD! Stop!

Ah, but you can't leave Trump behind until you've experienced this:

During all of this year's buildup toward the election, I have refused to look/listen to any TV network (which for me would only be PBS, CNN, MSNBC), substituting 'reading' political news from Taegan Goddard's Political Wire, one of the oldest political blogs (from the 1990s). I can scan through the 20 to 40 summarized articles he picks daily (while being able to access the full story if I want).
I just saw this, 3 minutes ago, from a rare source for Goddard's blog.
https://politicalwire.com/2020/11/25/trump-pardons-michael-flynn/

You made it to politicalwire.com! Congrats and thank you for writing this!
Joe