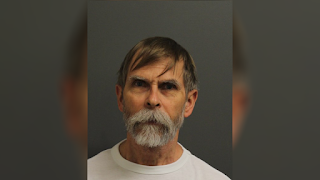 Way back in March (Remember? That month where the first half we were all carefree, and then the second half we were living in a dystopian novel?) I wrote a piece in the Minnesota Star-Tribune urging the state to thin its prison population to prevent deaths from COVID.

It kind of worked, it seemed. After some false starts, the Department of Corrections set up a system to grant conditional medical releases to people who were most at risk-- the elderly and those with clear risk factors. I even worked with other profs to set up a network of students to answer questions and help people prepare their petitions for release.  That project ended up working with about 2,000 prisoners (out of a total prison population of about 8,000). We hoped to avoid the death that had come to so many other prisons in the country to people who had no ability to space out or protect themselves.

But... the state slow-walked it. Then they were overly cautious about releasing people. I was alarmed earlier in the month to find out that less than ten people had been released. It was a recipe for disaster, for death, and I told them that. Still, not much happened. They worried about who should be eligible, who was sick enough, who might object. They didn't act.

Predictably, death came.  Two have died at the Faribault prison. One of them, Leroy Wallace Bergstrom, is pictured above. He was 71.

There is a deep sadness that goes with this kind of failure as an advocate. I knew what needed to happen, I knew it was urgent, and still I failed to convince those in power to act. And that failure, now, is measured in human lives.

Comments:
The basic problem is not getting people out but the over incarceration that we have in this country. Too many crimes carry too long sentences, except for the wealthy and well-connected. In this country we incarcerate more people longer than in a large majority of countries.

And our prisons are not built to accommodate the numbers in any reasonable living conditions.