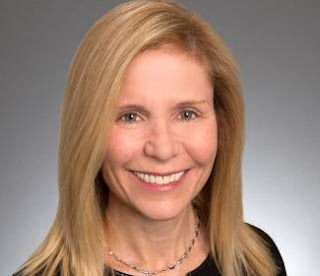 On Wednesdays, I have been profiling my fellow members of the Yale Law class of 1990. This week, the focus is on Judge Pam Harris of the U.S. Fourth Circuit Court of Appeals.

Pam Harris (like way too many of the people I have profiled-- I need to mix it up some more) was double-Yale, coming to the law school from Yale College. She hung around with some fun people, and in class was someone who seemed to get the material in a deep way. Her comments were blunt and correct, reflecting an understanding that some of us (well, me) had not gotten to yet.

Like several others, she married another member of the class, Austin Schlick (who will be profiled in the future). That happened in 1994, right in the middle of a remarkable cycle of accomplishment, which included the following:

In 1999, she joined the firm of O'Melveney & Myers, one of the nation's most prominent law firms, and she became a partner in 2005. But-- and this is the part that fascinates me-- she didn't just settle in and work at a firm. Between 1999 and the time she was appointed to the Fourth Circuit in 2014, she also co-directed the Supreme Court and Appellate Practice Clinic at Harvard Law School, was a Visiting Professor at Georgetown Law, directed the Supreme Court project there, and had another stint at the  Office of Legal Counsel.

Then, in 2014, she got that call from President Obama. Frankly, a judge who is blunt and correct is a great thing, so I'm confident Pam is a great addition. At the time of her appointment, a New Republic article surveyed Obama's nominations and named Harris as the "Most important one yet," noting that only 4% of Obama nominees had a public service background while 70% came from corporate law. Those who feared that she would be a politically-motivated liberal judge have found that things are (as they should be) more complicated.

If your really want an antidote to some of the more toxic confirmation hearings we have been through recently, you might want to watch this-- and appreciate the kind of smart, thoughtful person that Pam Harris remains: