Sunday Reflection: The nature of killing 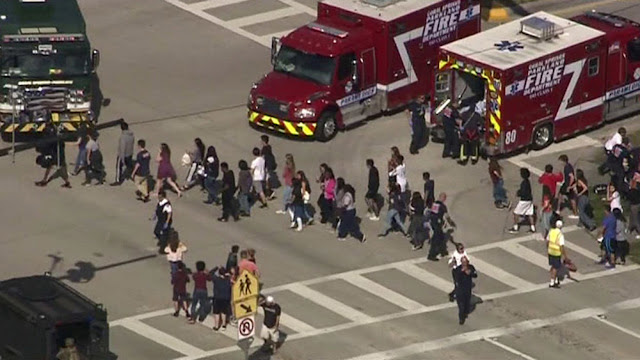 What made him so mad?

What is inside a mind that thinks the right thing to do is to head down to a school with a passel of guns and shoot everyone you can?

Almost always, it seems to boil down to revenge and resentment. It comes in different packages, but that seems to be the common core of the motivation.

And that is such a failure of the spirit, not just of the shooters but of our society. We unfortunately rely on resentment to fuel victories in our three of our most important public forums: entertainment, sports and politics. So many movies and television shows have a hero with a gun and a hurt, intent on revenge.  In sports, it is a recipe that works: to convince athletes that they have been disrespected, and that they must go out and "fight" to avenge their loss of honor. And in politics, both parties stoke resentments openly to get people to come out and vote. It isn't subtle; it is all there is to many  political messages.

And yet it is such an un-Christian message. Christ taught selflessness, over and over. If there is one word that sums up his message other than "love," it would be "humility."

And yet, we teach the opposite in public, and lionize those who avenge. Should we be surprised that, when tossed into a mind that is already hurt and strained, it leads to such terrible outcomes?

Even as we seek to change laws, we need to revive our own spirits, and those of the community, in what we celebrate and honor.