Political Mayhem Thursday: What can we do? 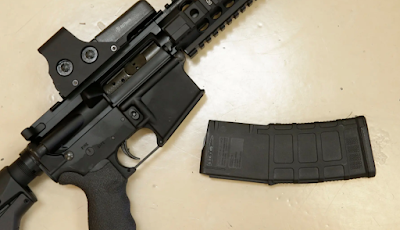 It would be nice if there was some political movement toward preventing mass shootings, wouldn't it? Even something like an age limit of 21 for buying assault rifles would be something. But, sadly, that's probably not going to happen. There just isn't the political will and resolve to do even that.
Politics is only one route to change, though, and often it isn't the most important one. Culture can is a superior route to change-- and culture changes often lead to political changes. Consider same-sex marriage. TV shows and other cultural inputs, alongside and partly driven by the efforts of activists, changed the way people thought about that. Political change followed.
How do we change the culture of guns? Let's first look at the cultural inputs that drive gun purchases and mass shootings, whether it is gang members in the streets or a teenager in a school:
-- Movies and television shows too often create their drama through guns and shooting. If you flip through the channels on cable, it is astounding how many shows and films are rooted in gunplay. It's lazy writing. It's also a quiet evil in that it normalizes guns and the use of guns.
-- Too often, grievance and revenge are valorized. How many times have we seen a fictional hero who is wronged and seeks revenge with a gun in his hand? And, of course, we put ourselves in the position of the gun-wielder as we watch. That's a simple moral message that is deeply toxic.
-- We need to combat the idea that guns are tools of the powerful. They aren't. They are tools of the weak. When I see some guy in a store wearing a gun, I laugh a little. How pathetic it is for someone to go around imagining that people are about to attack him all the time! My experience has been that the people with the most guns are usually the people of least accomplishment, the ones I am unlikely to admire for what they have done in life.
-- Part of all this has to be diminishing the reflexive glorification of people who are in the military and in law enforcement. Do they have dangerous jobs that protect people? Some do. But so do public defenders. And roofers. And social workers. The only difference is that these others don't carry guns when they do their dangerous work. We need to stop seeing gun-based jobs as inherently of greater value than others. If you want to thank someone for their service and sacrifice as they protect our freedoms, try a public defender-- someone who deals face-to-face with accused murderers and robbers and rapists, without a gun.
Politics change when culture demands it. We've seen that go the wrong way for too long.
# posted by Mark Osler @ 1:00 AM