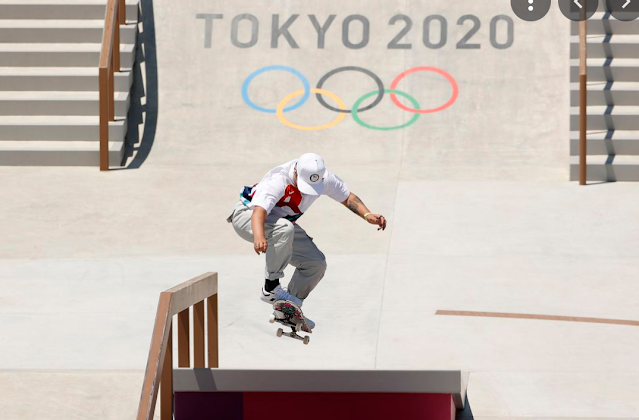 Last night I was watching the Olympic skateboarding competition, which was fascinating. In part because the announcers are kind of relentlessly positive-- "He didn't land any tricks, but it sure looks like he will do a great job on the next phase of this competition"-- and in part because the sport involves some amazing athletes.
One guy had a pretty bad day. He kept falling off his board. His tricks didn't work. And at the end of the run, he fell on his back and his phone fell out of his pocket, and he looked at it like maybe the screen was broken. And, of course, the whole thing was televised around the world.
But then he got to start over and have another run.
We've all had those moments, and some of us have had them televised. That includes the people who win championships, who change the world, who make things better.
They just all gave us another moment to remember, after the one that we shouldn't. The world, it turns out, can be more forgiving than we expect.
# posted by Mark Osler @ 1:00 AM

Comments:
It was pretty amazing how they would fall and just get up and continue on with their runs. And then one guy was skating with a broken wrist

It reminded me of the "agony of defeat" video in the opening of ABC's Wide World of Sports: