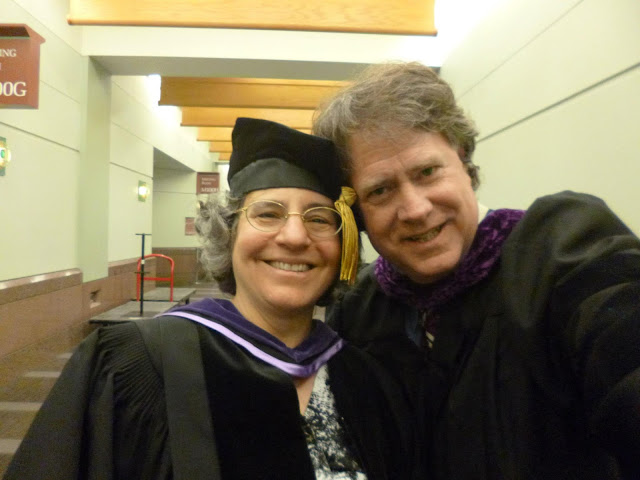 Today we are having two commencements for the law school: one for the class of 2020, who did not get to have one last year, and one for this year's class. We are doing it outside in the football stadium. That sounds a little overwhelming if you are used to, say, the University of Michigan's stadium, but our stadium is teeny.
There are such mixed emotions with this day. I'm always astonished at the people who are graduating-- how did it go so fast?!? They often don't share my sense of time, of course-- law school is a lot of work-- but I always end up shocked at that. They just got here!
Writing about my former students on Wednesdays has brought me to think about that relationship, between the teacher and the student, and how it has continued beyond school for so many of my former students and I. I'm invested in them, and not just in that first job, but in the whole of their life and vocation in some cases.
This week, one of my former students, a young man, died. It was one of those deaths where no one really says what happened, so you either fill in the gaps or don't. It was tragic, no matter what; so many things that he will not get to do, and people who will miss him. I remember him very clearly as a student, a long time ago, actually, and how his strengths and challenges were so apparent (and balanced toward the former). We all failed a little, I suppose. What little thing might have mattered?
Our lives are connected, after all. If you pull up a blade of grass, it might seem insignificant. But if you pay attention, you will see that it's roots are tangled up with the others; they are all literally connected. Take one out and the field is still beautiful... but is not the same.
# posted by Mark Osler @ 1:00 AM