Not inevitable... but predictable 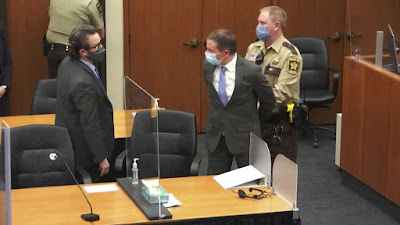 After the conviction of Derek Chauvin for the murder of George Floyd, there was a lot of speculation that the result might perversely stunt reform-- that politicians would see the conviction as having addressed the problem, and would ignore even the most worthwhile changes.
It looks like we are there. Yesterday, a political newsletter here in Minnesota reported that "Senate Majority Leader Paul Gazelka, R-East Gull Lake, said Thursday that after the conviction of former Minneapolis police officer Derek Chauvin for the murder of George Floyd, the matter no longer had as much urgency as agreeing to a budget..."
# posted by Mark Osler @ 1:00 AM

Comments:
Paul Gazelka is the Chad Kroeger of Minnesota politics.