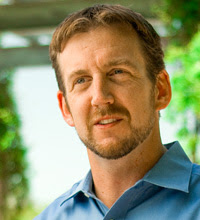 I'm devoting Wednesdays on the blog to profiling my former students, alternating between Baylor and St. Thomas.
Rory Ryan had already done a lot by the time he came to law school at Baylor, getting there at about the same time that I did. He was a star athlete in high school at Pius X High School in Lincoln, Nebraska, excelling in both baseball in football. As a running back, he rushed for over 1300 yards his senior year, leading the team to a state championship. From there he went on to play for (and kinda study at) Morningside College in Sioux City, Iowa.
He was kind of a sporto, but when he got to law school he just took off academically, becoming one of the most accomplished students during the time I was there. He did research for me and helped on a Supreme Court brief, but that was nothing special-- he did that for most of the professors. He had a unique level-headed intelligence that was fantastic to have in class, and he participated and thrived in just about every activity the school offered.
When he was done he returned to Nebraska to clerk for an 8th Circuit judge, but after that Baylor pulled him right back-- and he has been teaching at Baylor Law ever since, winning teaching awards and accolades. He also does a lot of trial and appellate work along with everything else. I run into Baylor grads now and then, and they always name him as their favorite professor. And I surprised? Not at all. Am I happy and proud? Absolutely!
Rory has something to offer the world, and he is doing just that.
# posted by Mark Osler @ 1:00 AM

Comments:
Wow, Mark. Deepest thanks for these words. I'm going to show my kids (and hurry and print screen before you change your mind). Miss your mentorship down here, but love watching you from afar. Be sure you reckon and fix enough to keep the Texan in you.