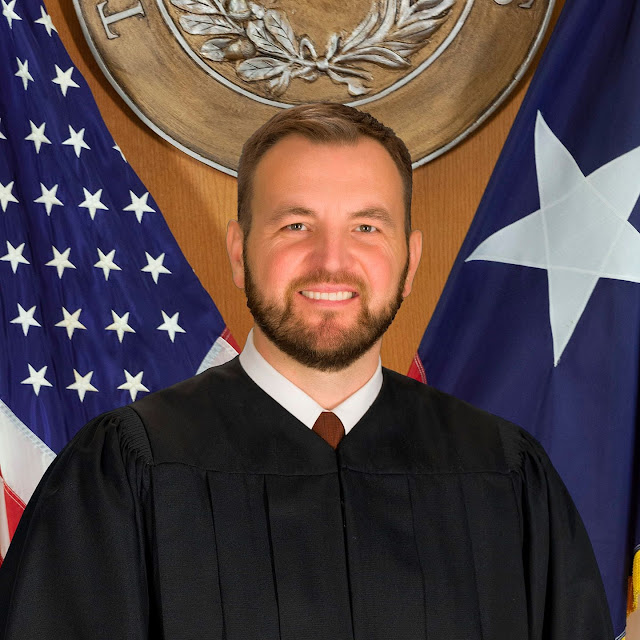 I'm devoting Wednesdays to profiling my former students, alternating between Baylor and St. Thomas.
I was always kind of fascinated by my Baylor law students who were graduates of Texas A & M-- it seemed to have such a defined and ingrained culture, a defined sense of place that not all schools have. One of my Aggies was Tom Nowak, who took  some of my classes and impressed me with his intelligence and drive. He was one of those students who was not afraid to suggest I was wrong about something-- and sometimes he was right about that.
After law school, he went to work for Craig Watkins as a prosecutor in Dallas, which I had encouraged.
But then-- and this still makes me mad-- Watkins fired Tom and another of my former students after they attended a Republican event. I wrote about that here (and in a Dallas Morning News piece that I can't find online).  It didn't stop Tom, though. He stayed in criminal law, on the defense side, and served his country in the Air Force Reserve Officer in the JAG Corps.
Most recently, he was elected District Court Judge in Collin County, Texas. I'm really proud of him, and I'm confident he is a great addition to the bench.
# posted by Mark Osler @ 1:00 AM