A New Tragedy; A New Empathy 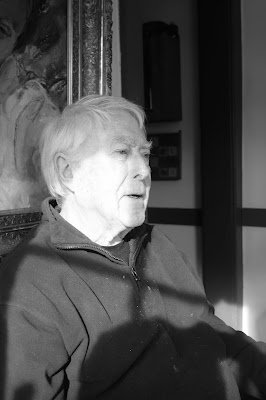 On Sunday, there was another troubling shooting in Minnesota. A veteran police officer in Brooklyn Center-- which is just north of Minneapolis--fatally shot Daunte Wright in his car. The officer claimed that she mistook her gun for her Taser.
The officer is white, and Wright was black. It's yet another case where the death is rooted in over-policing and race. This time, it appears that the incident stemmed from a traffic stop for either having an air freshener hanging from the rear view mirror or having expired tags.
There is so much work left to do.
And, of course, the Derek Chauvin trial is continuing this week. On that, my dad published a really remarkable blog post that I hope everyone will read (you can do that here).  It's a perspective I haven't seen elsewhere-- based on his own experience of dying of asphyxia. I remember the day he describes; I was coming into Detroit just then for the Detroit Homecoming, and ended up going straight to the hospital. It was a terrifying moment.
But, in the end, he was there. He still is. And that means he can tell us this important story.
# posted by Mark Osler @ 1:00 AM