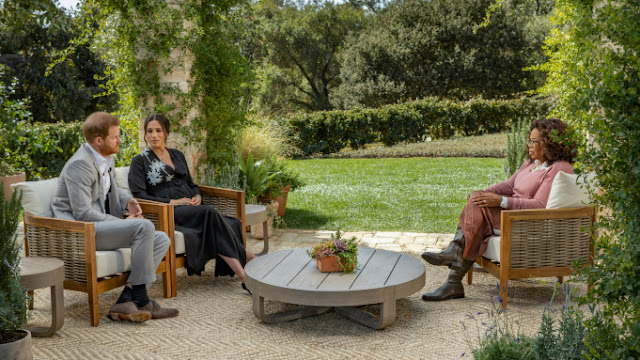 So here's some news everyone already knows: Prince Harry and Meghan Markle gave an interview to the world's best interviewer, Oprah Winfrey. The British royal family didn't come off so well, to put it mildly.
Well, duh. I'm in a long tradition of Americans who utterly despise the British royal family. It eludes me what their social utility is, and they seem a vestige of nearly everything that was wrong about Europe's past. It's baffling to watch people fawn over them-- we're a Republic! The founders of our nation rejected this whole thing, and were right to do it! There is nothing special about the Queen! They've clearly cut a deal with the tabloids, and it's a deal that is really with the devil.
Ok, I'm getting too worked up.
Anyways, I guess it's good that I live in a republic, huh? And no, I don't want to watch "The Crown."

Comments:
Spot on, Mark. If you do watch The Crown your position on the royal fancily will be reinforced. Read the op ed by Gerald Baker in today's WSJ. It is a brilliantly witty attack on the whole crowd.
Americans who fawn over this "aristocracy" should read Thomas Paine's Common Sense which convinced many Americans in 1776 that kings were :"crowned ruffians>" too bad sone of us have backslid.