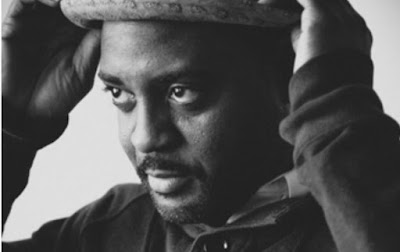 So I have returned from my annual sojourn to remote Osler Island refreshed and ready for a new school year. And yes, I have gotten rid of the French-- I'm not sure how they 'jacked the blog. I certainly did not sell it for a cheeseburger as they claimed.

And... I'm mad. To explain why, let me borrow from an excellent piece by Nathan J. Robinson over at Current Affairs (you can and should read the whole thing here):

Former prisoners do not get much more “rehabilitated” than Reginald Dwayne Betts. In the time since his release in 2005, Betts has published two acclaimed books of poetry and a memoir, earned a college degree with a 4.0, earned an MFA, started a family, held a Radcliffe Fellowship at Harvard, earned a law degree from Yale, received an NAACP Image Award, given talks at schools, prisons, and conferences around the country, been accepted to a PhD program, worked for the New Haven Public Defender’s Office, and passed the Connecticut Bar Exam.

Yet on Thursday, Betts was told by the State of Connecticut that he may not have the requisite “character and fitness” to practice law. Having passed the bar​ exam​, Betts received a letter indicating that the state’s Bar Examining Committee “has not recommended you for admission to the bar at this time.” The Committee referred Betts to Article VI of its regulations, which provide that “for the protection of the public and the system of justice… a record manifesting a significant deficiency in the honesty, trustworthiness, diligence or reliability of an applicant may constitute a basis for denial of admission.” Betts’ felony conviction, from when he was 16 years old nearly 20 years ago, continued to haunt him. The endless list of accomplishments had not been enough. Nothing, apparently, could ever be.

I've known Dwayne Betts for a while, and talk about it some in my last book. In the Spring of 2016, he came and gave a reading at St. Thomas, and it was wonderful.

At some point, we have to allow for redemption. If not him, then who would ever be worthy?

Comments:
I think you now have a small project to take on. Help this man get accepted by the Bar in the State of Connecticut.

This absolutely breaks my heart.