Political Mayhem Thursday: Something to love about the USA 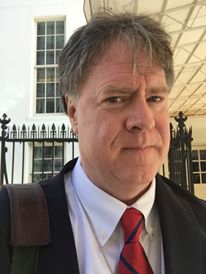 Today I am in Washington, and this afternoon I will be speaking at the White House at the "Life After Clemency" briefing. Other speakers include Valerie Jarrett, Deputy Attorney General Sally Quinn Yates, and White House Counsel Neil Eggleston.

What is kind of remarkable is the context of this all. Yesterday, President Obama granted clemency to 61 individuals. That is a wonderful thing on its face; those 61 are going home. However, it is barely a scratch on the surface of the problem. Yesterday, I spent a lot of time talking to people who had petitions pending. They all had the same question, spoken or unspoken: "why not me?" Those conversations are heartwrenching.

The low number discouraged me. Sari Horwitz, an excellent Pulitzer-winning reporter at the Washington Post, asked me for a quote, and I gave her one that she used in her piece:

“Sixty-one grants, with over 9,000 petitions pending, is not an accomplishment to brag about,” said Mark Osler, a law professor at the University of St. Thomas in Minnesota and an advocate for inmates petitioning for clemency. “I know some of those still waiting, men who were grievously over-sentenced, who have reformed themselves, and never had a record of violence. My heart breaks for them, as their hope for freedom — a hope created by the members of this administration—slips away.”

Yes, that's a pretty critical thing to say. Also, it looks like I might have piece in a prominent paper tomorrow that also will ask for more. And (as readers of this blog know) I have been critical of this administration in the past.

Yet, here is what is happening: This afternoon I will walk into the White House compound. I'll be given a blue pass with an "A" on it (if previous visits are any guide), and I'll talk to several administration officials-- the very ones I have criticized.  I'll be allowed to speak and be part of a discussion. And then I'll leave and be on my way.

No one is going to imprison me. No one will threaten me. No one will follow me furtively as I pass through Washington. None of that. All that will happen is that I will be heard, and hear from those with other views, right at the White House itself. Perhaps they will convince me I am wrong (it is possible), or I will convince them. And then I'll go home.

Isn't that just a stunning, wonderful thing? Thank God for America-- world, this is how you do it!

Comments:
Thanks for this reflection! In this crazy political season, you provide an important reminder of what we should appreciate!

Good thing you had your breadolin

Out of curiosity, on average how long (many year) have the 61 granted clemency served? I wonder if there is a pattern to those receiving clemency?