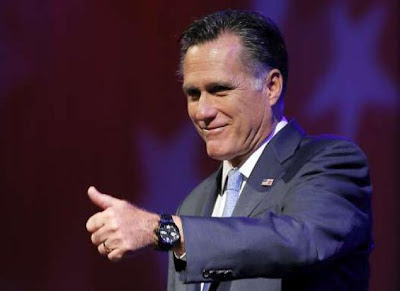 It appears that the Republican establishment has decided to marshal their forces for one last stand against Donald Trump. Their new spokesperson for this project? Mitt Romney.

I suppose that tells you in a heartbeat how little comprehension (or cohesion) there is among the people referred to (probably too broadly) as the Republican establishment. Trump's appeal to so many voters is that he isn't Romney-- that is, he isn't someone who will say what handlers or polls say is popular. He says whatever he wants (and a lot of what he says is just awful, but awful thoughts can be popular).

The best one can say is that Romney is an expert at losing elections you should win, so perhaps he is going to apply that knowledge to Trump.