The whispy roar of legal scholarship 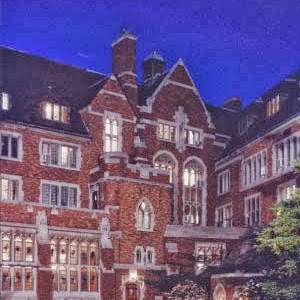 Since law school, I have been deeply involved in legal scholarship.  I was a Senior Editor at the Yale Law Journal, and published my first article the year after graduating.  Since then, I have published over 30 more.  That includes five that have been published in just the last two years, in journals at Stanford, UNC, Ohio State, St. Thomas, and Valparaiso.  Justice Stevens even quoted my scholarship once in an opinion.  I've put a lot of my store of energy and time into the machine of legal scholarship.

An article in today's New York Times  concludes that such scholarship is produced within a system run by "incompetents," has little societal impact, and that "Law reviews are not really meant to be read. They mostly exist as a way for law schools to evaluate law professors for promotion and tenure, based partly on what they have to say and partly on their success in placing articles in prestigious law reviews."

That evaluation is pretty much correct.   Much of what I have written, along with the work of thousands of other professors, has been a colossal waste of time, dropping without a sound into an electronic slush pile while creating not even a bit of impact on the world.

About seven years ago, I became convinced that doing traditional legal scholarship was not enough.  I had to work my ideas into conventional and new media as well, and speak frequently to a variety of audiences.  If I write a really good article, maybe 100 people will read it all the way through.  If I make the same point via an outlet like the Huffington Post or CNN, hundreds of thousands of people may see it.  Because I really care about the arguments I make, I do both.  The articles substantiate my point in a detailed way, while the short-form and media work broaden the discussion.

Still, I am saddened by the tremendous inefficiency of the process of legal scholarship as a whole.  It is subsidized by student tuition payments and the donations of faithful alums.  We owe them something better.

Comments:
Sir, I really appreciate your efforts to share your insights and thinking about the law with a broader audience and in ways understandable by the general public. Those who vote determine who will write, enforce, judge, etc., the laws. We have seen in recent years an over-enthusiastic criminal justice system focusing on crimes of low impact, while missing the opportunity to pursue those who commit crimes of great impact.

Your work is clearly making a difference in reversing those trends.

It is a bit mind boggling that tenure, promotion and evaluation in law academia rely on publication decisions made by other than peers in the field. To me law (upholding, enforcing and amending the law) has just as important an impact on a society as health sciences…in fact the example with which the NY times article opens. In health science publishing (given the same set of goals: tenure, promotion and academic standing) weighing on the impact factor of the journal where one sends their work for publication is a major career decision, as the higher the impact the more brutal the scrutiny, often by a panel of not just peers but the gods of the field (i.e. the editors at Nature are people responsible for major breakthroughs). I wonder what is the hurdle for that to be the norm in academic law scholarship or any academic scholarship for that matter. You admirably took the right steps to make sure your work has the kind of impact it should, but a change in the system is perhaps needed, if not also to put some fire under those comfy tenured chaise lounges.

I couldn't agree more. As a grunt editor for an oft cited law journal I can personally attest to the generally poor state of legal scholarship. The incentives are all wrong, the process is corrupt, and the work product is very often trash. And the kicker is, everybody knows it!

For example, I know of an extremely prominent legal academic, that recently returned from public service to teach at an elite law school, who managed to publish an article in which, to support his central thesis, he simply cites to himself. Moreover (to add a little flavor), he routinely cites to other articles, pin-citing to those article's citations of his work. In other words, this publishable "scholarship" is simply a regurgitation of an idea he introduced several decades ago.

If it makes us feel better, it turns out that peer review isn't all it's cracked up to be. Check out this article from the most recent Economist: How science goes wrong.

There is a problem with the thesis. Law reviews are not "the primary repositories of legal scholarship." (Unless you tautologically define legal scholarship as the stuff in law reviews.) Nor should they be. The life of the law has not been logic, and all that. It seems to me that the primary repositories of legal scholarship are judicial opinions (which, I would argue, have the most effective peer-review system out there). Just about every appellate court in America has some scholar-in-robes yearning to be Marshall or Cardozo (and usually doing alright at it).

So what are law reviews good for? I think two things: (1) criticizing ideas that have escaped review for some reason and (2) predicting ideas that haven't been reviewed yet. (I might cite to a clever analysis of Queso's law in Texas, but that would only be self-aggrandizing.)

Besides, according to Westlaw, my article has exactly 0 citations. But my email has in it somewhere a nice note from a justice of the Texarkana Court of Appeals thanking me for my concise explanation of the Texas version of the ban on cruel or unusual punishment.