The Dream, and a question 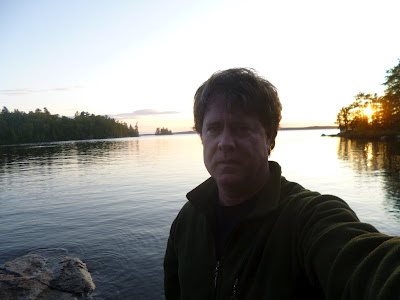 For several months, I have had the same dream, with variations. I am presented with a hard question.

In the dream, I go to a part of Minneapolis (Uptown) which is part-way between my home and work. Often, I ride my bike, which is pretty realistic-- it is an easy ride. I go down Hennepin, and then turn onto a side street.

There, I go to an unmarked door that is between two storefronts; on one side is a popular coffee shop, full of people chatting. I open the door and proceed up a flight of stairs. At the top of the stairs is a beaded curtain, and I push my way through the curtain into a restaurant on the other side. I am greeted there by my grandparents, who are very glad to see me. My grandfather then begins to introduce me to the other people in the restaurant.

And there comes the hard part.

The people he introduces me to are the deceased relatives of people I know-- parents and brothers and sisters and husbands and wives. Many of them are related to people who are reading this now. They are all people who remain (in appearance) the age they were when they died. (There is one exception-- a boy with Down's Syndrome, who is a child of about 8).

I go from table to table with my Grandfather, and he introduces me to each person, and explains how they are related to people I know. A few I have met while they lived, many more I have heard about, and some were unknown to me. In turn, they each plead with me to pass along some message to the people I know in this life.

Here is the question: Should I tell people what the messages are in my dream?

Comments:
Why not? If it is positive, people will love it. If it is not, they will say it was a silly dream. No harm.
MMM

wow, that is cool and creepy all at the same time.

Not sure you have to go into all of the details of the dream when (if) you pass along the message. I had this strange dream and you were in it(sort of). I'm suppose to tell you something.... I don't really know why....

Or perphaps it will lead you to a new novel.

I'd say tell them. Even though I think this is more likely about your subconscious and a lot less likely about some paranormal ESP voodoo happening to you.

I don't think this is a blanket yes or no.
I think the relevant question is: would this information hurt or help the person?
I also think it is relevant what your relationship to the (living) person is.

I want to know what Mimi and Bad Daddy have to say!

Mark … wow, what a cliff hanger. I agree with Susan. At the same time, your call … trust your intuition. Yet I would say yes; repeating dreams tend to repeat until you get the message … or they get the message, as it were … and dreams often function on both/several levels. Is there any hint of the Tigers having a late season rally and winning the World Series (given that the Red Sox are horrible I am temporarily on loan and shopping for a new team)?

Wow. Especially the fact that you've had the dream so many times.

I'm inclined to first write it all out (if you haven't yet), wait a bit (Quaker-style), then approach each individual with some caution. Some might be more open to "I had a dream" than others. To those others you could simply say, "I've been thinking..."

Maybe a little context will help... because it plays into the question of whether I should tell people or not. Here are some of the messages:

-- That the living person should stay where he/she is, and look after a surviving parent

-- That someone in their 20's should marry their girlfriend/boyfriend

-- A parent telling a son/daughter to have "the ambition to love and be loved."

From someone who has lost a lot of people and would be thrilled to get a message -- any message, from anybody -- Yes, yes, yes.

Yes tell. Then write an uplifting/inspiring novel about it. Razor Dreams.

I agree with Susan, that it is not an either or. And with Megan on the writing it out thing.

Also worth considering is how you view the source of these dreams. Different religious traditions (or none at all) would answer that differently. I would not push a particular answer, but would suggest it is worth considering YOUR answer.

The get married example you gave concerns me. That could really mess with a person long term, were they to marry someone they really should have thought twice about, or already were, but then went back on their own intuition, got married, and then regretted it their whole life. Though in another set of circumstances, I could also see it being appropriate.

Is the fact that this is on the internet a factor? Is this going to get back to anyone, if not directly, then indirectly?

I only want to know if it is somebody predicting the outcomes of Baylor sporting events.

RRL, perhaps once Baylor's hopes for a bowl game die (probably sometime in October), I will get a message about that.

Perhaps you could contact each person individually and allow them to decide for themselves. (This may not be a good idea depending on the context)

Something more about this dream...

The messages I am to bring are never scolding or expressing disappointment. Rather, they always seem to have something to do with the sender's desire that the living person I know feel loved and fulfilled.

I stand by what I said earlier, but in light of your comment about the positive nature of the remarks, maybe I was overthingking this. I may depend on how seriously people take dreams. I mean if you simply relate what was in your dream, and people don't get too worked up about it, something nice and encouraging could be exacly that, nothing more, nothing less. Unfortunately I have been around some religious persuasions that get really emotional about this type of thing, positive or negative, and don't always handle it well. But if that is not a factor...