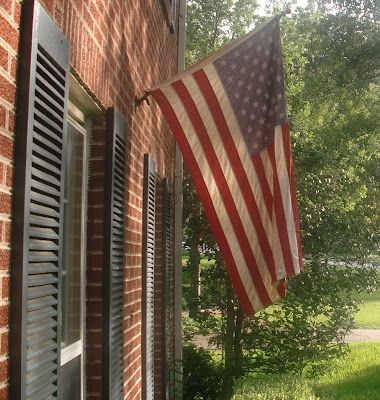 The "Viewpoints" page of today's Dallas Morning News contains my op-ed about Craig Watkins' firing of several assistant DA's with Republican ties. You can see the article here. Some may think it harsh, but I have a real problem with what is happening there. As always, I find the DMN a great place to work with.

Meanwhile, and more significantly, the Houston Chronicle has come out against the death penalty! This is a great development, given that Harris County has been the Western World's epicenter for capital cases. This, from the editorial:

The death penalty in Texas is fraught with demonstrable error, and the people of the state seem more willing to deal with that fact than their leaders.

Events of the past year have convinced us that defendants have been executed on the basis of invalid evidence. They may or may not have been guilty, but the fact that we have convicted people based on faulty evidence leads inexorably to a horrible likelihood — that we have executed innocent people. The high number of death row prisoners eventually exonerated makes a strong case that other innocent but less fortunate prisoners have been wrongfully put to death.

As always the comments section is full of Dumb.

A couple of thoughts:

1) thanks for the shout-out. I loved being a prosecutor and would do it now if I had somewhere here in town to do it. What all of the readers don't get is that none of the people who got fired "campaigned" for the other guy. None of us were out supporting the other guy and walking door to door for him. He (and 8 other repubs running last election) is a personal friend of mine so I attended the republican watch party on election night. I know Craig knew I was a republican, so I didn't think it a big deal to go. My boss took it to mean I somehow wouldn't be a good prosecutor. None of us had signs in our yard for the other guy etc. It's sad that I can't continue on doing the job because the fact is I was a good, and successful employee.

2) I don't see the possibility that someone has been executed as a good reason to scrap the death penalty now. I have no doubt that innocent people have been executed in the past (Salem), but I can assure you, having seen the process first hand, no "innocent" has been sent to DR in the past 5 years in Dallas, and would wager in all of Texas. The process is so stringent now, and not taken lightly by the DAs charged with doing it because of things like these exonerations. I think the process is much safer, in large part because of the the attention brought to it by anti-death penalty folks. To their credit they have put a spotlight on the failings/shortcomings of the system. However, I've seen evil in the cases that have been prosecuted and still value the system we have. I never have, and never will, subscribe to the idea that "one innocent is too many" and that the system should be abolished.

I'm with Lane. If you made any attempt to treat the issue with more evenhandedness and objectivity than you already have, the result would not be an Op-Ed.

There is a certain profundity in your statements about state symbolism and justice.

While most readers often miss the forest for the trees (as is evidenced in the comments section of the op-ed), I think your article does bring to the forefront a larger issue. That is, the degrading of symbolism. I, for one, was once awed by my responsibility as a prosecutor and the symbols of law and justice that garnered respect, reverence etc. My boss' actions hurt, in me, the level of power that office holds. Is that a good thing? Should it be brought down to pedestrian levels where...to put it bluntly, we are all equals, or should there be a place of honor that people aspire to or view as noble? There once was a time where the job seemed noble to me, but that feeling has taken a beating.
Why is it that we are losing all touch with symbolism these days? I'm a "matter of fact" kind of guy, but I respect things that provoke and elicit feelings. I wish the people in general felt that way too.