Midwestern Monday: West Egg and I 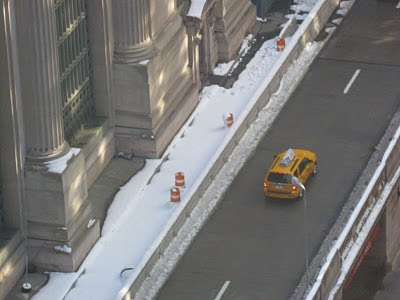 This past weekend I was out East. I finished the Great Gatsby on the plane ride home, and was shocked by what jumped out at me at the end. Every school paper (and the notes scrawled in the back of the version I had) about that book seems to go the same way—green light at the end of the dock, hope, America, etc., etc.

But then there was this: “I see now that this has been a story of the West, after all—Tom and Gatsby, Daisy and Jordan and I were all Westerners, and perhaps we possessed some deficiency in common which made us subtly unadaptable to Eastern life.”

The stock answer, of course, is that the book is about the decadent Eastern life of the 20’s, but that doesn’t run very deep as a truth. The key characters, who created that decadent life (Gatsby and Tom Buchanan, principally), are from the Midwest. The New Yorkers in the story, the Wilsons for example, seem much more down-to-earth and real. The Midwesterners, of course, utterly fail in every way that matters. They don’t find love, or meaning, or success in any worthwhile way. They are fish out of water, and they all return to ground eventually, one way or another.

Part of the book is set in New York’s Yale Club, where Nick goes to eat dinner and study bonds in the library. I am a member of that club, and I write in that library. I don’t go there for a social life, but to accomplish something real and meaningful, something you can hold in your hands and read (and now find in the shelves of that library). Yet, sometimes… I am a bit lost in the same way as Nick.

I don’t doubt that Nick was better off back in St. Paul, and Gatsby would have been in Duluth, Tom in Chicago, the women in Louisville; but they all went to see what was East. Is that restlessness American? What drove them from St. Paul and Lake Forest and Louisville? Here is what Fitzgerald said:

“That’s my Middle West—not the wheat or the prairies or the lost Swede towns, but the thrilling returning trains of my youth, and the street lamps and sleigh bells in the frosty dark and the shadows of holly wreaths thrown by a lighted windows on the snow. I am part of that, a little solemn with the feel of those long winters, a little complacent from growing up in the Carraway house where dwellings are still called through decades by a family’s name.”

There is a word there—“complacent.” Do we become that way too easily in the comfortable Midwest? Is that why we are a little thrown by New York, too easily wooed and discarded?

Maybe, but they need us, and we need them. Frederick Brathwaite came from the South Bronx, and we needed him; the deep house music New Yorkers dance to still came from Detroit to Chicago to the world. I am happier with Fitzgerald’s view of New York as challenging and bright and hard (remember—it is the Midwesterners who brought the decadence) than I am with Faulkner’s view of that same city as dark and tricky and cruel. There is a place for me in the first, if only for bits at a time, while the latter offers only suffering at the hands of others. I will put my name on the list, take that chance, and forge my way in now and then from the cusp of those long winters.

Comments:
So funny, I am currently re-reading the Great Gatsby and noticing so many things I didn't in high school. I will have to see how I feel when I get to the end. It is a very differnt read as an adult than as a 14 yr old. I look forward to re-reading Catcher in the Rye for the same reasons.

I was just writing to a colleague that the line about complacency fits our hometown, Christine-- there was an intellectual and creative complacency that let the car industry ignore challenges and make lazy choices.

You are spot on with that observation.

You’re right about New York and “complacent” but it’s not that people who live here are not comfortable. People who live here are comfortable with not being complacent.
Its dynamism cannot be assigned solely to what many view as its transient nature, after all there are entire neighborhoods where people were born and died , had everything they needed (complete with laundry lines hanging between back alleys) and never had any desire to move anyplace else. Included in that same category being people living at fancy addresses like Sutton place, Park Avenue or Fifth Avenue who have lived there for generations; nothing transient about them either. Which brings me to what I think makes New York such a dynamic place and the most American city I know: its contrasts. A place thriving on contrasts because their divisive nature (especially those of the socio-economic denomination) in New York is transformed into a grounding force. As grounding as a homeless woman moving along the sidewalk and flipping the finger at some super rich guy stuck in his limo in a traffic jam that would not budge even for him, grounding as the exquisite old theaters on 42nd street, flipping a dignified, defiant finger to Mickey Mouse, for they will stand there long after the cardboard atrocities will have melted away in its harsh winters.

Marta, you make me want to go to NYC right away! Good writing.

I would like to read this again... I am sure it will be as Christine says to read it again after all this time. What made you decide to? Was it intentional or was it the first thing you saw at the airport bookstore?

Great topic. As long as I have lived in the Midwest (12 years), I have never quite comprehended the rules of the game. The East is without question different than the Midwest (as both are different in their employment of manners, customs, attitudes, et al. from other parts of the country).

As a true blue New Englander (south of Hartford does not quite count), I still find myself at odds or not understanding some of the differences between the Eastern and Midwestern outlooks and ways of being in the world. Also, NY and New England really offer a different approach.

I was at a high school graduation in Macomb County last year. At the graduation party, I met the graduate's grandfather who is from Vermont (when you are born there, you are from there)- he did not say three words, but he did not have to speak more than that, I understood him perfectly and had a very nice time at the party. What some would see as cold and reserved, in this instance, is just a way of being.

It is just different, and the differences, at times inexplicable and perhaps even frustrating to the other, really are a good thing in the long run. We do need one another and can learn from one another.

Somethings, I'll always miss are High School football on Thanksgiving am and pie at least once a day. Also, bad boiled one pot dinners, brown bread, beverages on Evacuation Day (St. Patrick's Day when King George's troops were forced out of the city), ice cream throughout the year, beer fridges in the garage, carrying on three conversations similutaneously with a sort of verbal shorthand, et al.

Spot, I have seen you do that "carry on three conversations at the same time" thing over at my parents' house....

Anon 6:00 -
It was in the back of my mind that I would like to re-read many of these books, I understand now, 30+ years later, that there were themes and motives of the writer in the book that I was not prepared to understand in high school.

Mark remembers the green light symbolism. I remember the egg and daisy and the white/yellow symbolism from class discussions.