I'm living back in Big Ten territory now. Though I never went to a Big Ten school, I have always been a big fan of two of the schools-- Michigan and Northwestern. Now, though, the Big Ten seems to have gotten pretty stupid. With the addition of Nebraska next year, they will have twelve schools, and the plan is to split into two divisions. Idiotically, instead of dividing into logical East/West divisions, they have come up with this scheme involving the "Legends" and the "Leaders":

Really, Big Ten? At what point did this seem like a good idea?

My sister Kathy (Wisconsin BA, 1990) and I have a better solution. It is based on the present reality that the Big Ten is naturally divided 6/6 between schools that have fuzzy woodland animals as mascots, and those that have unusual people with big heads. Here is how it would break down:

So you can see what I am talking about, here is the Fuzzy Woodland Friends Division (click on a photo to enlarge it):

Minnesota (apparently, not a real gopher, though he can do his own laundry): 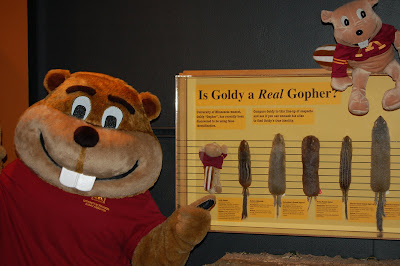 Penn State (I'm not really sure what he is doing here): 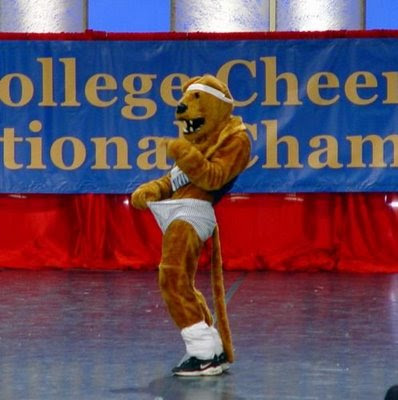 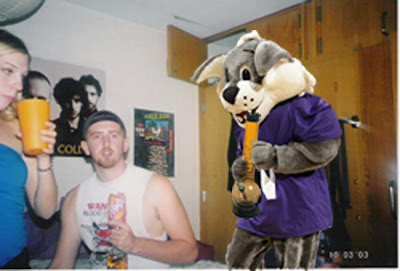 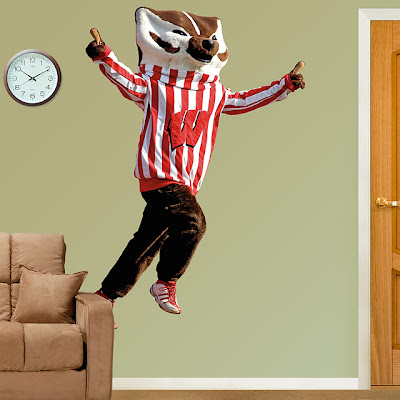 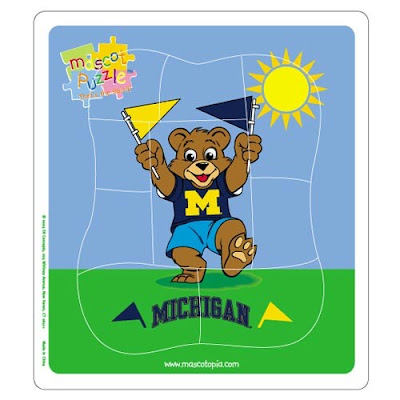 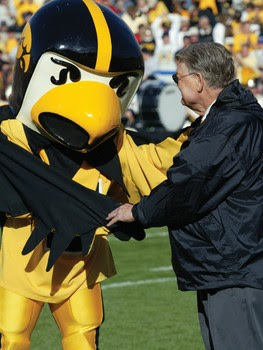 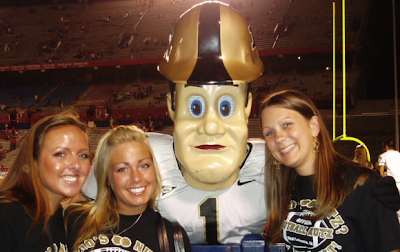 Ohio State (maybe the weirdest of all): 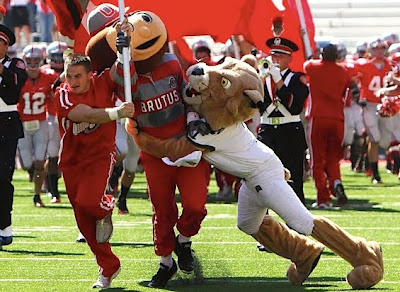 Michigan State (is Sparty involved in some kind of riot here?): 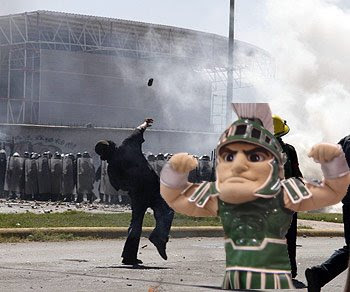 Nebraska (this guy looks a lot like the Big Boy): 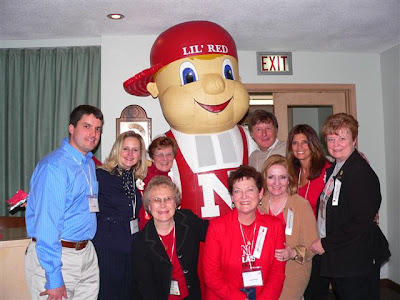 Illinois (I'm pretty sure this is Illini-Wek's replacement, Super-Bob Barker): 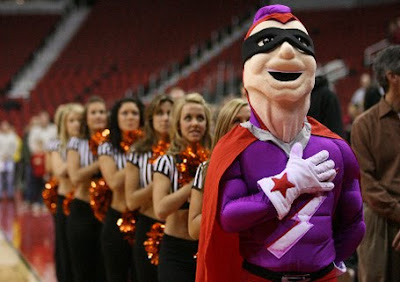 Comments:
With Legends & Leaders, apparently the Big Ten is trying to capitalize on the under-represented Dungeons & Dragons demographic. I hear they're ditching the standard overtime format in favor of rolling 20-sided dice to decide a winner.

The Big Ten is soooo overrated!

Your idea totally makes more sense. I love it!

The first team of any kind that I started to follow was the Ohio State football team while we still lived in Ohio. And I have stayed loyal, despite the fact that Woody Hayes really did not seem to have any redeeming qualities.

When I was a kid, either Ohio State or Michigan went to the Rose Bowl, although MSU got to go once as kind of a joke or something. Then all these other pretenders popped up her and there over the years.

I like the idea someone raised here or on Facebook; call them the Hayes and Schembechler Divisions (and spell Schembechler correctly, because I am sure I have not)

I have never been a hockey fan.. Where are my oven mitts?

Or, it could be the REAL names vs. the made-up names:

Makes as much sense as anything in college football these days. Including why most colleges spend millions on coaches for every position coach when faculty salaries have fallen behind inflation over the past decade!
Bob