Guys on a dirt road 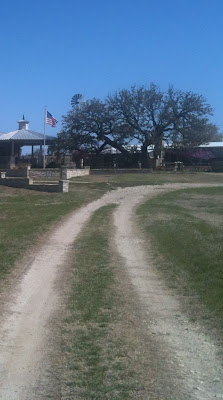 When I think of that, though, I often also think about the fact that they were, well, all guys. A few years ago, I read the recovered fragments of the Gospel of Judas, and a lot of the story there seemed to involve not just a bunch of guys walking, but a bunch of guys who were often having a good time. They laugh a lot. I’m not giving a lot of credence to the authenticity of the Gospel of Judas, but it did make me think—were they often not so somber? There is joy in this faith, and there was joy for many in being near Jesus, so I would think… yeah, there was some laughter.

Of course, there are also the awkward results within the church stemming from the fact that they were all guys. For the Southern Baptist Convention and the Catholic Church, that is one basis for barring women from the priesthood, for example. I’m not a Catholic or a Southern Baptist (I am a Baptist who was never part of an SBC church), so I can’t claim much expertise on that doctrine, but it is not one I adhere to. I have no problem with women in any leadership role in the church, and think that it is important to have women leaders in the congregations I am a part of.

I’m not sure that Jesus could have traveled with a woman and had a ministry. Because of the restrictions of the time, that simply would not have been allowed. Perhaps the fact that his closest followers were men reflected the world’s rules, not His. It is one of the dilemmas of God’s power interacting with us so directly—that Jesus could not, in human form, challenge all that was wrong by breaking rules, or his teaching and life would have been cut even shorter. 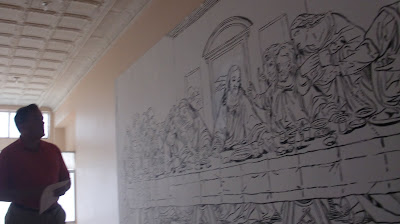 Comments:
Seems to me that a lot of religious "rules" have to do with the restrictions of the time, rather than the truth that lies within.

That's why I agree with you, in that I have no problem whatever with women in leadership roles.

Strange that your posts with
deep religion get 30
comments, while this one..

The normal one gets
2. But Jesus was just a
normal gut (physically)

My reading of the New Testament reveals that women were an important part of the Church. The resurrected Lord didn't appear to His Apostles first. Instead, He appeared to Mary Magdelene and other women.

Women are still a vital part of His Church. While I don't believe that it is the role of women to be ordained to the priesthood, I believe that their God-given roles are just as, if not more, important than those of men in Christ's church.

As to whether Christ and His followers were always somber or whether they enjoyed themselves, I'm fairly certain that they enjoyed each other's company, told jokes, and even laughed. After all, isn't the purpose of the teaching of Jesus Christ to give us joy?

Is the Razor starting to get hecklers?

Dude, I'm still having issues with the fact that they now allow altar girls in the Catholic church. These reforms have gone too far my friend...and I will not stand for it!