Things I kind of wish I had lost... 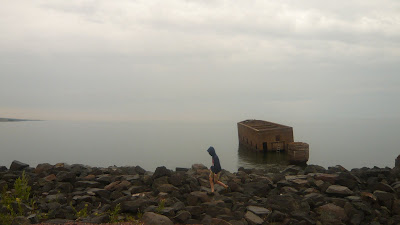 I'm starting to sort through the stuff in my attic and elsewhere in preparation for the move, and I'm finding some things I had.... forgotten about.

For example, it appears from certain physical evidence that I was awarded "Most Improved" on the Grosse Pointe Shores Swim Team in both 1974 AND 1975. Really? How bad was I in 1973? There is something pretty pathetic about being most improved two consecutive years!

Making things worse, the 1974 award was a plastic turtle.

Who was the coach then? The Beck sisters? That was right about the time we moved to the street.

This is why we destroy all memories of childhood and adolescence. They are times of naught but darkness and shame.

Oh my goodness . . . a plastic turtle!! Some coach or parent had a pretty dark sense of humor.

Those are the kinds of things I haave such a hard time throwing away, when they surface every ten or fifteen years, because even though they seem ridiculous now, Í'm always afraid I'll need them later in order to remember part of my life's history . . . like part of me will vanish forever if I don't keep them.

Swissgirl
If you knew the coach - I dare say there was no dark sense of humor. I'm sure they thought the turtle was 'cute'.

Lane,
I did destroy most of those items, but kept team pictures. I may have one from that time frame.

And for the record, at some point in our youth, ALL kids belonged to the summer league swim team. A rite of passage in our community.

I have one of those "Most Improved" trophies buried in my closet. It's kind of like the coach saying, "You have gone from totally reeking to merely stinking."

And yes, Christine, it was Chris and Kay Beck...

It wasn't like the Village allocated ANY $$$ to the kids. Remember those old string and float lane ropes?

You can always turn it into a bath tub toy.

I threw out my 'goodie two shoes' award from high school. I think it is time for the turtle to go.

Just wait. You will not find things you will wish you had kept. That's worse.

Haaaay, I think that's my turtle. What's it doing at your house?