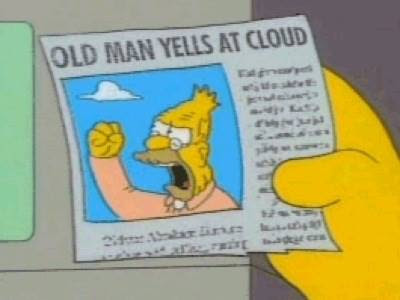 Now that we have dealt with health care, it appears that Congress has turned its sights on Social Security. The proposed overhaul there would do the following:

1) The retirement age would gradually be increased to 81, though this would not come fully into effect until 2051. This is consistent with health statistics.

2) The cost of the bill would be covered with a federal surcharge on non-nutritional food items (gum, soda, processed cheese food, beer, kibble, etc.).

3) Citizens would be able to "invest" their social security money in a limited number of funds, primarily those that promote health and the environment.

4) Payment from the Social Security fund would be based not only on input and age at retirement, but also on a number of health wellness factors, such as not smoking, avoiding traffic accidents, regular exercise, and abstention from alcohol.

While I suspect that Death Panels are not a part of the proposal, we will be hearing about those again...

Comments:
(1) At least laws about old people keep up with the times.

(4) Meh. A little social engineering is what goes along with these plans.

This is more socialism. People earned the money that went into social security, and they should get it back at a decent age (ie, 59).

Are you serious that 81 will be the retirement age? Isn't that also the projected life expectancy for most people in 2051? That's brilliant! Have people pay into the ponzi scheme that is social security until they die so the government never has to pay for their retirement. And those that are lucky enough to live past 81 will only receive benefits for a few years.

Just brings a tear to my eye when I think of how the federal government is looking out for us.

PS PAY ATTENTION TO THE CALENDAR

1.) Don't care, though I must say that it would be interesting for Democrats to pass this since it would basically guarantee that the working class would have to stay at work 20 years or more past when the middle and upper classes are able to retire on their 401k's and private investments.

2.) God I hate our government.

3.) Talk about a policy ripe for abuse. So now Congress will allow for private investment, but gets to pick the winners and losers as far as the companies that we may invest in? So, you think you might see certain companies get on that list that also happen to make large donations to certain senators or representatives? We've already seen the political favors this administration is willing to dole out like candy to get things passed, I can't wait till senators/representatives start making sure their biggest contributor is on the list of preferred companies. I'm with Lane, though for completely different reasons.

Just to be clear, I'm against it.

By the way, Dallas_ADA had a baby yesterday. A little girl. So, if you don't want to argue about whether or not we should allow Congress to run rampant on social engineering, you could just throw in congrats to him.

RRL, forget thine impotent rage at thine regency! For today in the year of our Lord twenty-ten his supreme Majesty Barack the Firste has declared that we should make sport and light of all things, much in the manner of fools and in particular his courte jester Josephus of Biden.

Cigarettes are non-nutritional food items? I may have been mislead.

1. Although it sounds awful to raise the retirement age the original age was selected by FDR because life expectance was about 68 yrs bak in the mid 1940's. Therefore it helped carry someone through their fianl days.

2. Not a bad idea, but my dogs and cats object to a tax on kibble.

3. Bad idea given people have shown an inability to 'safely invest their respective 401k, IRAs and the like. Tossing away their hard earned money in the pursuit of MORE, MORE, MORE...

And yes, I realize it is Apil Fool's Day!

Maybe you can get the Chinese state news agency to pick this up---like they did with the Onion story about Congress abandoning the capitol.

I'm sure it's already been picked up elsewhere and that gunfire has been involved.

THIS IS AN OUTRAGE. OLD PEOPLE DESERVE NO MONEY. THEY ARE OLD. IF THEY WANTED TO BE USEFUL, THEY SHOULD HAVE, UH, DIED.

PLUS, THAT ARTICLE APPEARS TO BE WRITTEN IN IRAQUIAN. IT IS THE LANGUAGE OF THE DEVIL. PLEASE REMOVE THE OFFENSIVE PHOTOGRAPH.

Being that I was born in that high watermark birth year of 1970, I am always glad to receive my annual benefit estimate from the Social Security Administration.

When I receive the benefit estimate from SSA every year, I am informed that with the present prevailing circumstances, the Social Security Trust Fund will run out in 2037.