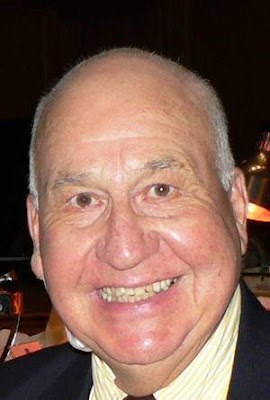 I was tipped off yesterday that my old journalism teacher, Mr. Amberg, passed away last week. I got the tip from one of the other people in our class, Lex Kuhne, who wrote a fascinating reflection on our little group of cub journalists. That class of about ten people produced a varied but successful group of adults. Believe me, though-- I don't think anyone saw that coming. We felt like a bunch of goofs at the time.

That fits in with a theory I have had, though-- I don't think anyone remembers themselves as particularly popular or successful in high school. Even those who had a lot of success during that period of their lives tend to remember themselves as loners or geeks.

So,... were you the exception? Were you the popular kid at high school who realized it? Or were you like us?

Comments:
I spent 3 years in Mr Amburn's journalism class. Working on the school paper remains one of my best memories of high school.

It's possible that we (and everyone we know) tend to think that we were the geeks or nerds or whatever in high school because of a sampling problem.

At least right now, the only people I have contact with (for the most part) are law-type people. That sample set tends to attract a lot of folks that were geeks/nerds in high school...

So sorry to hear that Mr. Amburg passed. I remember him well, although not through journalism class. He was one of those teachers that everyone liked.

I definitely was not popular, and I knew it. I was a geek, jock, goody-two-shoes. Lex was a geek and now is an attorney somewhere in Michigan and you, well..... perhaps the one with hippie parents and a quirky imagination. And a wannabe swimmer!

Hey - dgiard: is that David, Doug or Diane out there on the Razor?

Christine, this is David.

And I apologize for misspelling Mr. Amberg's name.

dgiard - I remember you.
Shores Park and Mrs. Newhouse's french class (I think).

I got one of those Senior Superlatives (one of the nicer ones, like Most Likely to Succeed, which lots of people got) but it totally surprised me, because I was a total geek (band, choir, music theory--basically spent half the day in the music dept), had very good-girl friends, was on the debate team for a year, was barely allowed to date or go to parties, turned in work on time, made good grades, wasn't in high-school sports--so yes, I would definitely NOT think of myself as popular or cool or unusually successful in high school.

I wanted very much to be popular, but I saw popularity at my high school as a function of socio-economic standing, whether that was really true or not, so I assumed popularity was completely non-attainable--which is why I was so surprised that whoever picked the superlatives actually noticed me.

All that is to say that I agree with Osler's theory . . .

Like you, Mark, I heard about Mr. Amberg's passing from Lex. All of us have had some pretty amazing stories since leaving GPN 29 years ago this month. I do not quite know where I would fall in this category!