Haiku Friday: Eulogy for a Suicide 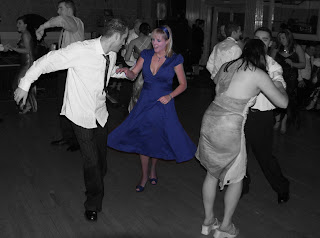 She and I were summer associates at Mayer, Brown and Platt in Chicago. It was the summer of 1989. She was from Alabama and talked about a boyfriend there, but we never did see him.

We worked for a partner named Mark Levy, an appellate specialist. (When I got back to school I looked up his photo in the law journal offices, and there he was in the front row, with bushy hair and Hillary Clinton). He did not ask too much of us. Those were the golden days for law students, and the work was thin while the fun (and the pay) was thick. We summer associates (from Cambridge and Palo Alto and Champaign and Madison) read and we wrote, and then we went out into that big bright place with eyes open wide, welcomed by a city which pulses with life in the summer.

At Wrigley Field, we soaked up the afternoon sun and a ball came our way, coming down out of the sun, and I stuck up my hand but She got there first and became that person who made the nice catch in the stands, the smiling woman in a blue silk sheath dress. She gave the ball to a kid in a Cubs hat, and he wrapped his whole body around it like the most precious thing in the world, which it was.

The guy from DePaul showed us some good places to go after work, and we settled into one, a bar out near Wrigleyville which had a varying crowd and a jukebox with one song by the Rolling Stones (“Waiting on a Friend”) and 143 old-school R & B favorites, songs by people with old-school names like Otis and Gladys and Aretha, Mavis, Al, and Marvin. After a few rounds and some time feeding that jukebox, we would dance. Because She learned to dance in the South and I was the only other one who had, we danced the way you do in May at Nag’s Head, on a porch after dark. I knew to spin her in to my hip and take her other hand, her fingers holding mine next to her waist; knew to pop my wrist a little on the off-beat to send her back out, her hair a sheet as she spun. She taught me new things, too, Alabama things: to use the tip of my little finger to trace the back of her neck as she spun back out, the lightest of touches. We’d dance, surrounded by our friends, as Gladys Knight sang:

Then we would leave as they shut the door to close, She ducking into a cab while I walked off the other way.

The next day, She and I would be in Mark Levy’s office, hip to hip on his couch. He looked at one of my drafts, turned his head sideways, shook it. “This is, wonderfully… elegantly… wrong.” The rest of the summer She loved to use that phrase to describe many things—what I ordered, the way I stacked up too many books, the state of my hair; it was all “wonderfully… elegantly… wrong.” It was, of course, always true.

At the end of July the firm had its biggest event of all at a large estate in one of the northern suburbs, a stone mansion with long, sloping lawns. There was a tent and a band, wine, champagne, tables of food. We summer associates soaked it all up and imagined living in that neighborhood of quiet cars and big trees. It was one of those Midwestern summer days that settle in early with both heat and humidity and a stillness that permeates everything. I ate the food and drank the wine, talked to the partners, and sang along with the band as the sun went down. As I went back to the tables, She came by, a glass of wine in one hand and two cigars in the other. She nodded my way, and I followed her down and away from the party. We sat on the ground on the other side of a hedge, looking out over yet another lawn and the lake beyond, still visible in the twilight. She handed me one of the cigars and lit it, taking the other for herself.

We sat in the darkening and talked about other things until we heard the band finish its last number. We stood to go back, brushing the grass off of our clothes. As we started back, still behind the hedge, she stopped me.

Her right hand, the one that had held mine at her waist so many times as Mavis Staples or Aretha or Marvin Gaye sang, reached out and wrapped up my tie in a loop once around her hand, a graceful strong turn. It pulled me close, and I was there an inch away, and She tugged until I kissed her, and She tugged again after that.

And then we straightened ourselves and turned to see Mark Levy walking on a path a few feet away, so close that he could not have missed what had happened. He nodded, the glimmer of a smile in his eye, and looked down to smile more broadly as he walked on.

And that is the man, that Mark Levy of Kilpatrick Stockton, who killed himself yesterday in his office. It is an act that makes no sense to me, not in a world that still contains Al Green and the heat of summer and Wrigley Field and brilliant moments that come up upon you, all in a rush.

That read like the start of a really enjoyable novel .

Sorry for your loss.

A completely tragic event amidst a lot of other law firm carnage here in the nation's capital. Almost impossible to comprehend.

Kilpatrick Stockton.
Where do profits per partner
Lose their importance?

I worked in big law
A long time ago. Ninety.
Things have changed so much.

A quiet act of
Desperation that leaves us
Wond'ring why...why...why?

As IPLawGuy and others well know-- that's not me (or Her) in the photo. You can tell by the hair...

How bad does it have
To be if the only out
is killing yourself?

Not just beautiful
This life, but surprising,too,
Rich with surprises.

Seventeen times he
Argued in the Supreme Court
Didn't convince himself.

Now I want to dance
With that girl in the blue dress
Sing it Aretha!

Gladys could sing strong
Saving her overtime, yes
Not true of lawyers.

Idyllic summer
with a not so happy end.
Very, very sad.

The end of THAT summer was fine.

For those who have asked, yes, She did get married...

Beautiful, painful.
Life can blind us with both, yet
struggling, we look.

Thank you Professor, for sharing (so eloquently) a snapshot of three amazing lives.

Student summer now:
All the dancing, just none of
The work or the pay.

I totally agree with Christine. The sad thing is that this is a story, but it is not fiction. Sorry for your loss.

No haiku, but Western verse this time.

Let death be like
The breath of souls departing,
Sighing into the wind and
Morning dew.

Let spirit break all mortal essence,
The passing of life
Not like water into ice,
But like water returning to water

The very worst part
You click the link to the firm
Gone--they erased him.

Another Chicago lawyer, Stewart Dolin, formery of Sachnoff & Weaver, now of Reed Smith, committed suicide yesterday by throwing himself in front of the elevated train.