Who should the next President nominate to the Supreme Court? 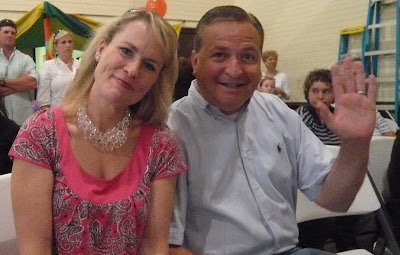 As the presidential election nears, one topic we will hear more about is the short list each candidate may have of potential Supreme Court justices. This is a crucial issue, and it could be that the next appointee may tip the 5-4 balance that currently exists in a number of crucial areas, including the death penalty.

Because of his age and her health, it is likely that Justices Stevens and Ginsburg will be the next t resign. Assuming that they both resign, who should be appointed? Some factors to keep in mind are that unless a woman is appointed, the Court would revert to being all-male, and the fact that it is common, but not necessary, that a Justice be drawn from those already serving on the federal bench.

Feel free to identify your picks with one of the candidates, and to support your choice with argument.

Comments:
Judge Manske would be an awesome choice. He could make the bench a little more exciting. And, he could replace Roberts as the hottest judge.

If McCain: Priscilla Owen (5th Circuit and BLS Alum) this would rally the base around him and likely create a conservative court for 20 years, negating Kennedy's one-man rule on hot-button issues. Owen is an impressive jurist, having spent time on the Supreme Court of Texas and 5th Circuit, though her ideological leanings are more suited to the 19th century.

Why can't this photo and article be the one picked up by Yahoo News?

If McCain, the Hon. Lee H. Rosenthal (S.D. Tex.). She's a scholarly judge, and for goodness' sake, she's a TRIAL JUDGE! It's about time the SCOTUS had one of those.

If Obama, Governor Jennifer Granholm (D-MI). Her political ambitions are capped because she's not a native U.S. citizen. She is a Harvard law grad, clerked for a U.S. Circuit Judge, and was an Assistant U.S. Attorney. She's also a Governor, and it's about time we had someone outside of the ivory tower on the Court.

My vote is for John Brennan. I hear great things about that kid, so great that some say he would do fine without even graduating from law school. I personally believe a Justice Brennan v 2.0 is just what this country needs.

No appointment for Gangsta' Justice Brennan till he bags the hat and his unprofessional laundry. You've got to walk the walk, then talk the talk before you get any street cred with me.

Um, I believe the constitution evolves. Therefore, the court should too! I'm not against wearing the black robe. I'll stick to that tradition. Just don't get mad at me when I have a chain with a spinning G-Unit emblem...
On a more serious note, I believe I've shown that I can dress like a lawyer when I must.

Haha anonymous, who are you to say such things??

By the way, I love that photo. I'd cry from laughing so hard if Manske greeted people like that right before he tag-teamed with Scalia to intellecutally rape the minds of the nervous attorneys.

PS Whoever it is, hope they have a background in either PR or Marketing... That SCOTUS needs an overhaul. Seriously. The black robes, they grey hair... Come ON, just because they are OLD doesn't mean they have to LOOK it. How about different colored robes? And would it KILL THEM to at least spin it a little? Why not have like SCOTUS trading cards, like for Baseball, but these would be for judges?
THey could change their images by maybe doing guest spots on the View or maybe Regis and Kelly. OR maybe approach the Food Network about maybe having a cooking show? "Chillin and Grillin with Scalia" What wrong with that?? Let the country see them OUTSIDE of their chambers.. you know? OR maybe a REALITY SHOW!!!! "SCOTUS, DIS-ROBED" Have them do stuiff in the reality show where they try new things.... "You've heard them try cases, NOW see them try Scuba Diving!!!"

WHY is it left to ME to think of these things???? Its really such a BURDEN.

I think its high time for "Associate Justice David Guinn"

Too much pressure for me, but I do think Jeffy would be outstanding. He's sort of George Clooney and John Roberts all rolled into one. Yes, I know I'm lucky.

I prefer to use my flamethrower when it comes to matters of justice. Or my combo voodoo doll/curse you in seven launguages/BS detector cluster bomb. And no, you may NOT borrow it, Osler! I got it on Ebay. Get your own.

I do wonder about the deleted comments, when it's your picture out there, it is a little weird.....

If Obama - Posner (7th Circ) + a Harvard or Yale professor

If McCain - a district or circuit judge from the Fifth Circuit + a Ken Starr type (former soliitor general or Senator or Deputy Atty General).

I think the entire S. Ct. should be remade with Baylor faculty.

In fact, I think Dean Toben ought to nominate nineprofessors to monitor the court every term and issue their own rulings. Maybe even have students argue the cases. Then, the rulings should be published on a website, www.ifreallawyerswereonthesupremecourt.com.

Anybody but yet another narrow-minded Fascist! We've got plenty of those, thank you!

The people don't want a fascist and think there needs to be young blood. Once again, this prodigy I've heard of, John Brennan, sounds ideal!