Help me pick my name! 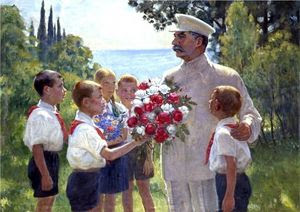 It's getting to the point where they are designing the cover of my book. One thing I am thinking about is how I should have my name appear on the cover. My full name is Mark William Osler, and that's how it appears on SSRN, for example. However, I usually think that sounds too pretentious, and just write under the name "Mark Osler," skipping the whole middle name altogether.

In this situation, the full name might have some advantages. I'm middle-named after a famous medical researcher, Sir William Osler. If I use the full name, it might seem vaguely familiar to some people. Still, I identify three names with two kinds of people-- criminal defendants and pretentious blowhards. I hope to be neither.

On the other hand, that Sir William Osler had a wicked sense of humor.

So, which way should I jump?

As long as the cover features you in a bodice-ripping scene, you can call yourself whatever you want.

Is it true that the "T" in Bates' name is for Trouble?

I say jump in the middle:

It maintains a sense of dignity without being pretentious.

Mark "No more Big Willy, my game is grown, prefer you call me William" Osler.

The problem with that is that I lose the vaguely familiar "William Osler" thing. I say the middle name is all in or all out.

Or I could go to Mark Craig Osler or Larry Craig Osler, but I'm not sure I want to be vaguely familiar in that way...

[sorry, that dude kind of ruined the reputation of both the name "Craig" and the Minneapolis airport.

Where I'm from, it would be Mark ("Vernier Road") Osler. I have no idea why they call 8 mile that down there...

You just had to go there, huh? Not all of us can share a name with a knighted physician.

However, if you want to go simple, I vote for no middle name. Every lawyer uses their middle name and I find it pretentious. That ain't you man. You're Mark Osler, man of tremendous argumentation and research and devoid of pretentiousness.

It'll match with how they introduce you on the Today Show--or the Daily Show. Can you imagine Matt Lauer or Jon Stewart having to say, And our next guest, the author of . . . , is Mark William Osler?

Coincidence that your namesake was a great teacher?

Actually I agree with Swissgirl on the name thing.

I do not know about your name but you should really think about using one of your Dad's paintings on the cover. Are you gonna?

yeah or at least make sure there is a rendering of you and Fabio on a horse.

Ok What about Mark W. Osler?

And then put yourself on the cover in a backwards cap and a huge platinum SCALES OF JUSTICE necklace, with your arms crossed. Kinda like Mr. T.

FABIO ... that goof male model who is in the I Can't believe it isn't butter ads and on the cover of every romance novel...

WHO is FABIO???
And you call yourself a lawyer...

Osler, are you just mad that I made fun of Gordon Lightfoot?

Here are my ideas:

I'm with Swissgirl. If you promote the book, you will be "Mark Osler."

I was leaning to Mark W. Osler, seeing as we share a middle initial, but she's right.

As for trying to trade of the reputation of William Osler, that could be actionable under unfair competition law... or would be if he was still alive or only recently dead.

Love the Fabio idea too. Ever since he got his in the face by a duck at Busch Gardens in Williamsburg I've been a fan.

How 'bout M. William Osler. There just something prestigious about having the initial for the fist name, plus you would keep the William Osler that might be recognizable (though, I must admit, I don't recognize the name).

Is that a painting of Stalin?

I think you should use some sort of made-up hieroglyphic, a la Prince.

I say you go with something elegant and professional, like MC Ozz and the Get Money Krew, or Sir Wilhem von Writtenbook Olser the Third, Esq.