Why is it that whenever a film-maker seeks to depict a post-apocalyptic nightmare setting, they film in Detroit? 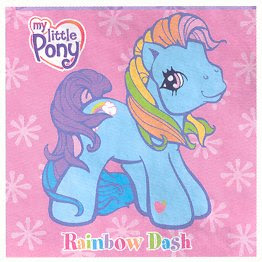 Actually, I suppose I already know the answer to that.

My barbecue went pretty well. I ended up making salmon sandwiches with dill havarti and a little honey-mustard, with corn on the cob on the side. Mrs. CL made a very nice salad that included tomatoes from my garden (thank you 500 inches of rain!), and a great peach cobbler. After dinner Gordon Davenport, and Mr. & Mrs. Celebrity Luvr and I went to the late show of the Transformers movie, which was also attended, it seemed, by my entire Criminal Practice class.

If you haven't seen the movie yet, it involves aliens who deceptively transform into common objects. For example, the ferocious and gigantic Optimus Prime transforms into the sweet pony depicted here. In the movie, one group of alien robot things fights another group of alien robot things, and this girl's shirt is perilously close to falling off at several points (but doesn't). The star of the movie, Shia LaBouef, was previously best known for his brief appearance as the injured school mascot in the not-quite-a-hit-but-still-great TV show, Freaks and Geeks.

The end of the movie was filmed in Detroit, which kind of fit. The robots even had a fight in front of the federal courthouse, and another inside the abandoned railroad station. The last train left that station on January 5, 1988. I know that because I was on it, headed back to law school. That, of course, was before the robot attacks and everything.

Time for bed-- I have to get motivated to fight the power tomorrow.

Comments:
I am not inclined to see that movie because there are transformers all over my house, in parts and they intimidate me because I cannot put them together to make anything. I am always finding like 1/8 of a transformer like in the dryer, or under the bed, or in pockets or in the back of the car and I always think WHERE is the rest of this??? and what would it be..? lets see it has an ARM and a wheel and like half a box... WHat the heck is it?

A movie about them coming to life would scare the wits out of me. ANd I do not like scary movies anyway.

I went to work today from 9 to 11 AM and then the project I was working on came to a halt because I had to talk to corporate and they were closed today.. So Matt said to go home and take the 300 pc mailer to the P. O. on the way home.. Cool! SO I got to run errands but it was not as frantic as usual because no one was waiting for me or anything. SO it was kind of fun.

I went to State Farm to get the origials of our house plans that our agent needed to copy. I went to Office supply and this was funny I was realllly spacy today....

I got this GREAT parking spot and ususally there is not parking in front of Office Depot or Max or whatever it is... and I am like oh wow! then I notice there is a sign and a little box holing poop bags and it says "Please clean up after your pet" and I was like well, that is weird but ok I will yeah ok.

so then I get a cart and its weird the carts are BLUE ususallyt hey are red at this store.. Hmmm. so I get one and I get out my list and I am looking around the store for like the suff I need...flourescent index cards, binder clips paper clips magnets a bunch of crap I need and I am wandering the aisles and I am like weird why are there all these CAT TOYS here? then the next aisle has like DOG FOOD and the next one its like bowls and litter boxes... I am likie still in a fog WHERE are the index cards.... DUH.... I was walking around PET SMART!!!!!!!!! They look a LOT alike from the outside. same building, right next dooor, same doors.... etc.

I knew that parking spot was too good to be true....

Then I went to Target and I walked around that place for two hours looking for VELCRO!!! But I LOVE Target. Did you know that at the little restaurant in Target you can get a popcorn and a drink all for 99 cents? I ate popcorn and looked at toddler clothes and at all kinds of stuff. Then to Spencer's Pedeatrician for some health forms, Then to Wendy's for some lunch which I brought home and ate while making phone calls. and then back out to go to the grocery store to get the stuff I am supposed to bring to a BBQ tomorrow. I spent two hours at the grocery store too looking for a hostess gift for the BBQ tomorrow. I ended up getting something kind of dumb... a bowl about 8 inches ceramic, white in the shape of a star...

At the BBQ tomorrw we are going to sit and enjoy our own lawn furniture at someone else's house for the very first time... RIght before the house exploded we bought all this pation furniture... and then KA BOOM. and now it is summer and we are in a rental that is huge but with a teeny back yard.,.We need to use the storage unit for REAL furniture, so we are lending all of our patio furniture to a couple of neighbors to use for this summer. The Meads have our granite dinig table which weighs in at about 900 lbs ugh, and 6 chairs plus an outdoor sofa and coffee table thing. I think Morman Dave is getting the propane fire pit. The Meads are having the BBQ so we get to eat at our table fore the first time hahahaha But we have to put it SOMEWHERE for like a year and we have NO use for it and there is NO WAY we are gonna move all that heavy stuff to our storage unit.. so we moved it only across the street.

Then, after dinner you can see the big Canby Fireworks show from our houses so we sit out front and watch them and eat dessert and stuff.
I am having a hard time getting excited about fireworks this year I have dealt with enough explosions this year!!

Its scary with Bill and Spencer on the road. This is a bad time for driving. I just want them home safe.


Hey are you still awake???? God I wrote loooong boring posts. How can you people stand me?

Are law professors and law clerks the only folks in the office today?

Yes. Well, us and the transformers.

Excellent food and fun company! You hair looks very nice, and so does Cuteness's.

Although this morning, for some reason, I am trying to sort people I know into Autobots and Decepticons. And I have "Baby Come Back" stuck in my head...

I think I'll go see if Power Rangers is on, or play some Grand Theft Auto Vice City.

I think it is only allowed to refer to Gordon as "Cuteness" in Sacramento. It's in a statute.