Um, why is she famous again? 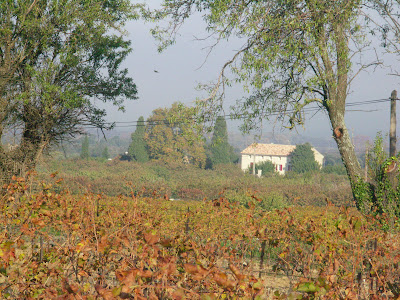 I didn't know that Lindsey Lohan was arrested again until I watched Leno last night. In fact, I wasn't even that sure who she was at all. Celebrity Luvr covers that stuff for me, after all. It seems that she is a film star (ironically enough, she recently made a movie called "Fully Loaded") who drinks and drives and does a lot of drugs. Huh.

Like a lot of other people, my reaction is mostly "so what?" By that, I mean that she should be treated like other drunk drivers, and I think drunk driving is pretty serious and deserves jail time in many cases. At the same time, I wonder why we care so much about this one drunk driver.

We are really messed up in identifying heroes, and celebrity culture has a lot to do with it. If someone really is an extraordinary actress (and there are some, like Meryl Streep), then that person should be famous the same way people who excel in other fields should be. But, Lindsey Lohan? A movie she is in will be good or not because of the writing, because of the direction, because of the people around her, but not because of her. She's just not so talented or so untalented that it will be the major factor in a piece of art. I actually saw "Herbie: Fully Loaded" and didn't remember her.

So, am I missing something here?

Comments:
I don't understand how celebrities drink and drive - I mean, I think of the rich and famous as having drivers or traveling with an entourage.

Remember when those engaging in wretched excess weren't sorry for their antics, didn't apologize and simply died of drug overdoses/bad behavior? Of course people like Brian Jones, Jimi, Janis, Jim Morrison, Keith Moon and John Belushi all had talent that was (is) missed.

I'm not wishing death on Paris, Lindsay, Britney, etc., but it seems to me that their escapades are just plain juvenile compared to those of the greats listed above.

Stepping back a generation, Eddie Cochran, James Dean and Ernie Kovacs had the bad luck/panache to die in car wrecks. If they'd been driving SUVs, they might have stayed around a lot longer. Maybe we need to give these dingbats some fast, dangerous cars...

I used to read like Vogue and I rememner really beautiful models and actresses and I thought Meryl Streep and Paulina Porizkova and some others were just beautiful just stunning.. Brooke Sheilds....Bette Davis, Katherine hepburn, Grace Kelly, Audrey hepburn...

These girls today they looks like prostitutes, they are NOT beautiful or talented just famous.... I mean Jessica Simpson, Britney, Lindsay paris etc??? Jessica Beil? WHO ARE THESE PEOPLE??? Today fame is like an outfit you can put on easily... you can gain fame by doing THE BACHELOR or Idol or whatever What is Paris Hilton famous for????? ANd they all look ALIKE they are all emaciated, with scary round obvious breast implants, and they dress like protitues. There is a difference between haute couture and Crap. A lot of them look like porn stars. BUT the idea of beauty has changed - beautiful bone structure, an amazing profile, flawless skin are out.....
Spray on tan, Silicone parts and hair extensions are in. I cannot IMAGINE how hard it would be to raise a daughter. I would lock her in a cave. Raising a boy, I have only to teach him to be polite, chivalrous and a decent human being. With girls there is all of these "subtext." How can you EVER keep them innocent?

I have never understood it. There are barely any actors that are young that can even really act.... Reese Witherspoon, Johnny Depp, Hope Davis, Gwyneth Paltrow, Jodie Foster, Hilary swank, maybe... I doubt aNY OF THESE PEOPLE HAVE BEEN TO REHAB. eVEN rOBERT dOWNEY jR iMEAN HE WAS A SCREW UP FOR A WHILE BUT AT LEAST HE IS TALENTED!!!! oops caps lock.

Well, every generation has talented people and talentless hacks. There were famous people who had no talent then as now. And there are plenty of young, talented actors/actresses/musicians.

Look, I'm still trying to figure out why Sandra Bernhardt is (was?) famous, I'm not even up to speed on Lohan and Paris. But don't kid yourself, Jimi Hendrix and Keith Moon were always juvenile. Drug abuse isn't suddenly okay because you're a talented artist. Kurt Cobain, River Phoenix, and Shannon Hoon don't get a pass.

Though celebrity death always reminds me of this quote from high school... "Cliff Burton. Great bassist. Too bad about the bus."

Here's my theory. We live in a culture with a short attention span, but with a 24 hour news cycle. With all the websites, the cable channels, blogs, etc, and the penchant for quick, easily digestible fare, is it suprising that the Lindsays, Parises, Brittneys, Nicoles, etc. are "famous"? They're young and rich, living superficially fabulous lives. Plus, I think the starlet of the month gives a lot of people hope that they might be famous too,regardless of whether they are talented or smart, or accomplished in any way. After all, fame these days seems to take little more than good stylists and make-up and hair people.

On the one hand, there's way too much adoration of the rich and famous. On the other hand, I wonder if some of the publicity is evidence of the public's collective schadenfreude, taking glee in the downfall of others.

It's quite simple - sex sells. We are interested in the "lives" of these starlets precisely because they choose to go pantyless and display their fake boobs to the paparazzi. It's eye candy for the masses; the fame appeals to the young and naive, the sex appeals to the teenage and middle-age male, and the rest look on with amazement that the first two groups find it all so interesting. And yes, Tyd, it scares the crap out of me because I have two pre-teen daughters who I have to constantly (and subtly) remind that Linsdsay, Britney, Paris and the like are not the kind of girls they should aim to be. It's going ot be an uphill battle in a society that rewards underage, drunken, half-nekked girls with the cover of a magazine, 10 minutes on Entertaniment Tonight, and movie deals in the millions of dollars.

No, Kurt, Jimi, Janis, Keith, et al. do not get a pass. But at least they went away and stopped bothering us....

I'd still rather hear a Hendrix song on the radio than listen to "radio personalities" prattle on about the current crop of self-destructive morons. At least the dead drug addict musicians created something that lasted beyond the next celebrity news cycle.

I'd rather hear the sound of cat get lit on fire than listen to the average "radio personalisty".

And Jim Morrison's been dead for years, but still finds a way to be irritating from the grave.

But Jimi does rule.

I think that Woody Allen said it best in the movie Manhattan: Gossip is the new pornography.

A few things changed everything... like Cable suddenly there were entire networks devoted to just one subject. Let's face it there were a lot of hours of airtime to fill.... Then also there was the internet, and Perez Hilton tmz Smoking Gun Drudge etc.


I have seen my share of reality shows I guess but most of them are boring The one I just LOVE LOVE LOVE is Kathy Griffin, "My life on the D List" because even though at times it is too raunchy, most of the time she is not only really really funny, but also she totally makes fun of the whole celebrity obsessed culture. ABout once every episode there is like ONE THING that I hear and go, "EWWWW WHY did she have to say that??" but most of the time she is HILARIOUS. She is very very funny, like when she had to do some event (I think it was hosting the Gay Porn Awards) she commented about what one guy was wearing:
"You know, some looks are just timeless. A leather harness never goes out of style." CDrass, yes but funny.


For the record, my husband cannot STAND her. He would want me to tell you that.

Oh, I really like Kathy Griffin, too, even her grating voice. She's an equal opportunity critic--she dishes on EVERYBODY, no matter how famous.

Yeah I don't get all the drummed-up celebrities, either. I mean, there aren't any celebrities--women especially--that I'm guiltily fascinated by anymore. I think Princess Diana and even Jackie O were the source of fascination for us forty-something women, at least for their looks and their clothes and even for their decorum (well, compared to Paris and Britney and the current crop), so now that they're gone there's a huge vacuum. Which I guess is why Diana's face is still everywhere, which is sort of creepy to me even though I'm always drawn to look at the magazine covers she's on.

I think Wilson has a good take: Schadenfreude is big, and we peons love it when those profiled by Robin Leach and his ilk get theirs.

Interesting t-shirt worn I saw last weekend, being worn by a 13-year-old boy who was attending a skater camp at the same location my kids were attending a music camp. The shirt said,

I just heard a cat get lit on fire in my head and smiled to myself even though I'm trapped carless back in my parents' house.

Yes, it would have been far better if Jim Morrison had lived. He had just entered the bloated and embarrassing stage of his life and it would have been far more amusing if he had tormented the world with his awful poetry for the next twenty years. After going severely into debt he and Ray Manzarek could have toured the world in the 80's doing "performance art" at small clubs and venues. They would have bored everyone to death and the Doors would be classified along with bands like the Zombies instead of deified as some significant social phenomenon.

Kathy's third season just ended this week and the season finale is one of the funniest episodes yet. There is this one part where she is looking for clothes for an event in NYC, and after a real designer fails to give her an adequate discount, she and her stylist go to a shop full of weird clothes owned by Patricia Field who was the costumer for Sex and the City.

I died laughing during this segment.....