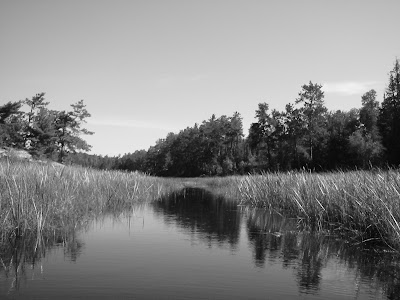 As previously noted, Ted Nugent and I have some stuff in common-- we both are from Detroit and inexplicably moved to Waco in middle age, we both have been anti-drug activists (well, if you count prosecuting narcotics cases, in my case), and we both have been known as "The Motor City Madman." And, of course, we both have marketed our own brand of cologne.

Now that we are both here, I check the local paper, the Waco Tribune Herald, for his column every Sunday. Today's column, available here, was titled "Celebrate so-called 'Summer of Love'? What on Earth for?" I agree with a lot of what he says-- that drugs have been a negative influence on society, destroyed too many lives, and rotted away families in too many instances.

What surprised, me though, was his description of his own role in the drug culture of the 60's: "I was there and remember the decade in vivid, ugly detail in all its toxic underbelly excess because I was caught in the vortex of the music revolution that was sweeping the country and because my radar was fine-tuned due to a clean and sober lifestyle."

I don't doubt that he was not using drugs; I have no reason to not believe him about that. What surprised me, though, was how harsh he was on the culture that encouraged narcotics use, because he was a part of it. His first big hit, with the Amboy Dukes, was 1968's "Journey to the Center of the Mind:"

But please realize
You'll probably be surprised
For it's the land unknown to man
Where fantasy is fact
So if you can, please understand
You might not come back!

How happy life could be
If all of mankind
Would take the time to journey to the center of the mind..."

Ted Nugent says that he didn't realize this song was about drug use. Again, I'll take him at his word on that. But, if he really did inadvertantly sing (and make lots of money off of) one of the great stoner anthems of all time, I would hope that he would be more forgiving of the young people who heard that song and others like it, dropped acid, and lived to regret it-- or not. Instead, he says they were "despicably selfish"-- a charge that is kind of sad when one considers the drug-users who may have seen encouragement to do so in the words of Nugent's music. He probably kept the money from those record sales, but I'm not going to call that "despicably selfish"-- he was just young and made some choices he didn't think about hard enough. We all have done that, including lots of those people in San Francisco. It doesn't make them (or him, or me) evil.

I'm glad Ted's here, and I hope he stays. I'm thinking of asking him and Shemane over for burgers some night, and we can talk about the beauty of a calm lake and a campfire; we do have a lot in common, after all, including the experience of being the one who didn't use drugs while everyone around was making a different choice.

Comments:
I've met the Nuge on several occasions, and I can say he is very well spoken and good natured, unless you are arguing about something with him. I would only suggest if you invite him over make sure you do not in any way tel him you know Raymond Bailey, they had a spat.

hey if you have him over BBQ some squirrel I have heard he is a big road kill fan....

What is the McKinney/McNuge connection?

How about some great white buffalo burgers?

Btw, my take on Nugent's stance in this regard is the same as your take here. I've been saying so for some time now. Of course, Liz only hears .....blah,blah,blah, Detroit, blah blah blah blah

Yes, and it seems Nugent's analysis of what happened in the 60s is at least a little simplistic. Alcohol abuse can be just as destructive as drug abuse; it just wasn't used as a rallying point for bucking authority like doing drugs was.

But yeah, a squirrel barbecue sounds like a good start for some dialogue!

Have you seen his "reality" TV show? Contestants undergo various humiliations devised by Ted in a "Survivor" style eleimination game. In one episode they are required to pose as human scarecrows, balancing on crucifixes, only a slim wooden peg on which to hold their weight, barefoot. The winner being he/she who stays up the longest without falling off or letting a hand off the crosspiece.
The guy that won did so by spitting in the faces of his opponents who were situated across from him. This was heartily praised by Sweaty Teddy as a show of what it takes to be a winner.

I'm pretty sure you recognize that location of that photo. I can't wait to see it again.

He eats at Bangkok and Ninfa's

The Nuge is great. he doesn't deserve his own TV show, he needs his own network. Not only was "Surviving Nugent" one of the all-time great reality shows, particularly for his treatment of the vegan girl, but he really came into his own on the show "Supergroup." Him showing Sebastian Bach tough love was truly mesmerizing television.

Personally, I blame my lack of drug use in high school on Minor Threat. Stupid straight edge movement...

That totally makes me want to eat at Bangkok more often! The Nuge is cool.

So where do we get Osler brand perfume? And how come you haven't hired me to protect the brand?

It's not perfume, it's cologne!

Speaking of Skunge, I was disappointed to see that it has not yet been defined on the Urban Dictionary.

Wait... I get it, you're marketing your perfume under the SKUNGE trademark. And since its a trademark, it can't be listed in any dictionary!