The Test of Creating a Test That Works 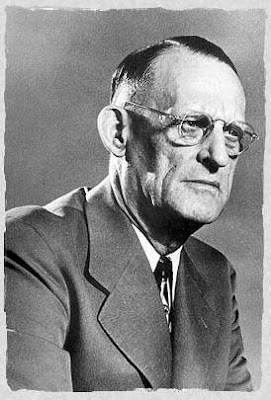 Like a lot of other profs, I struggle with writing tests. It's a hard task, and not one that anything else really prepares you for. From my background as a prosecutor, there was a precurser experience for teaching (presenting a trial), scholarship (writing briefs), and counseling students (putting together an investigation plan), but nothing relating to tests. I made some notes when I started, though, including some simple rules for what a test should be:

1) It should cover material that was important in the class, not tangential
2) If possible, it should continue the process of learning
3) It should be challenging enough that it creates a range of scores
4) In a skills class, it should test the skills taught more than simply memorization

I'm still not very good at meeting all these goals at the same time, though I haven't changed my mind about these things being important.

So, what makes for a good test in law school? Or a bad test?

Comments:
In classes that will accomodate it, I think good law school tests require students to break down the artificial barriers between legal issues - something Beal frequently preaches. In practice, a given case is almost never about x or about y. Cases are usually like gumbo.

It may sound trivial, but I hated tests that used rediculous names for the persons in the fact pattern. I thought these were distracting.

Like B, I think the names are important. Unless you are trying to test a student's ability to follow a story, if you have a long hypo, it shouldn't be about Danny, Dave and Deuce, or any other alliteration. When the names progress: Andy, Ben, Charlie, Dan . . . etc. it's easier to map and easier to follow.

Andy? Ben? Charlie? Dan? Those sound familiar...have those been used in a single problem lately?

So... the really important thing in creating a test is the names you use in the problems. I'll keep that in mind.

The best exams I've taken have tested the big idea of the class, whatever that is in a given class. In first-year classes, that was IRAC more than anything else. You had to know the subject matter of the class, but if you didn't know IRAC, you felt it.

That kinda recapitulates your rules 1 and 4, but maybe in a broader manner.

I likey the word "recapitulates!"

I haven't taken a test in 17 years , but I agree, the silly fact patterns some profs put together were distracting.

My first yr torts and contracts exams both featured incredibly long and convoluted fact patterns. The torts guy tried to be clever and you really wondered if he was playing "hide the ball." The contracts exam was much more straightforward. I felt like I could get to the meat of the issues a lot faster.

Or maybe I just didn't "get it" in Torts. As previously noted, the Prof. loved to play with ideas -- he taught theory. He should have saved that for a 300 level class. We needed to know the difference between assault and battery. (Its a great song by Hawkwind)

I dunno guys, I like a good story myself. I do agree it should not be a novel, but to me the law is about stories, and the best part of exams was sifting through the facts, extracting and analyzing the relevant and showing how the law can be used to help the characters in the story. A good exam challenges all of the skills of a good attorney, and pure memorization is not high on my list. I liked the Crim Practice final because we could use outside sources (but were not tempted to rely on them), faced realistic problems and were encouraged to be creative and use our wits. A good exam should get all of the synapses firing!

And include Donut if at all possible.

Who is that guy, anyway?

Whatever test you make should definitely have his picture, regardless.

He has Hitler Hair. WOrse then those cats, to which there is an entire website dedicated:


PS I am glad to see people posting again I was afraid I had driven you all away.