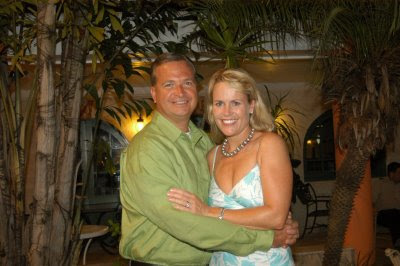 If you only watch one television show all year, make sure it's tonight's Letterman!

I received a very exciting update from Mr. & Mrs. Celebrity Luvr, who are having a fan-tabulous time visiting New York. Unlike my expeditions to New York, which mostly consist of burrowing into books and writing, The CL's have (not surprisingly) been on the hunt for celebrities. The more I get to know him, the more I realize that Mr. CL is like some kind of bizarre cross between Perez Hilton and Learned Hand.

Thus far, the CL's have met the following celebrities:

More excitingly, though, as they were headed out of town they were waylaid by a strange man asking about the hair color of the announcer for David Letterman. That sounds to me like the usual kind of person one might meet in the Port Authority bus station, but this turned out to be a guy from the Letterman show, who recruited them to be in the audience tonight and, I suspect, is lining up some special role for them. At last report (a few minutes ago) they were sent over with a few select others to McGee's pub and asked to do some drinking. Hmmm. My employer never asks for that.

Comments:
AWWW Ward and June hit the Letterman show awesome!!!! they look sooooo cute!!!!! Maybe he will get them to do that singing thing he does, or something.

Note to self: rarely acceptable to self-identify as someone in mid-twenties that finds it hard to stay up for Letterman.

Supposedly, they will be in the first row...

If they saw Umar Baziyani in NYC, we're all in trouble...