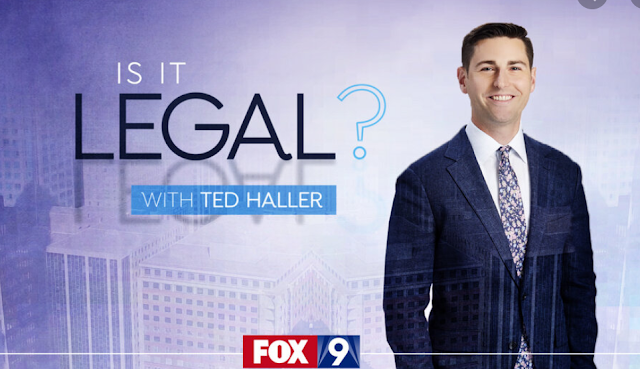 I'm devoting Wednesdays to profiling my former students, alternating between St. Thomas and Baylor each week.
Sometimes, I'm lucky enough to get a student who comes to law school with a fully-formed career already in hand. In my very first class, that person was David Moore, and there have been other since him.
One of them was Ted Haller, who came to law school with a successful journalism career already underway. A graduate of Northwestern's prestigious Medill School of Journalism, Ted was working as a television reporter when he came to law school-- and, in fact, kept doing it even as he thrived in school and became a lawyer.
Ted was in my clinic, and brought to bear a sharp eye for narrative-- something that is crucial in framing up clemency petitions. I loved having Ted in class. The most precious thing a person can give us is their story, and I learned a lot from Ted about how to do that well.
Now Ted and his partner Ben Kwan (also a UST grad) have a small firm specializing in employment law, where they represent employees and whistleblowers. It's a key role in our society, and he is excelling at it.
And he hasn't given up TV entirely.... he still has a weekly spot on Channel 9 here, titled "Is It Legal?" And I have to say, it's kind of nice to keep track of a student just by turning on the TV.