PMT: Racial Police Violence is Not a New Thing 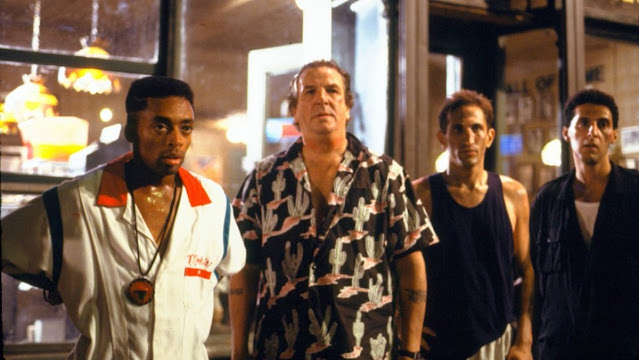 A few days ago, I re-watched Spike Lee's 32-year-old classic, "Do The Right Thing," which is the movie that Barack and Michelle Obama went to see on their first date. It's a story of racial conflict that has at its center the asphyxiation of a black man by a police officer. The movie is dedicated to the families of six victims of police violence. The things we struggle with now are not new; they go back not just decades but centuries.
Yesterday, the defense in the Derek Chauvin trial called as its primary medical witness a pathologist named David Fowler. While no one can be assumed to be a racist because of where they come from, Fowler's personal history has remarkable ties to something that some might find hard to imagine so close to our own time: white supremacy as a formal basis of government.
Fowler was born and raised in Rhodesia, which is now known as Zimbabwe. When he was there, it was governed by a tiny fraction of the population, white settlers from Europe. Later, he went to South Africa for his medical training and practice-- during apartheid. Nelson Mandela was freed and South Africa began to genuinely move towards majority rule in 1990. Fowler left for the US in 1991.
I don't know Fowler's view on race; it didn't come up during the trial. But his mere presence at the trial, that long legacy of unabashed white supremacy in the places he came from, reminds us that the racial issues we face are not new. Nothing about those long roots, though, removes from us the moral obligation to finally change that history.

Comments:
A Dry White Season and Cry Freedom are two other wonderful films from thst time. But Spike Lee did it the best.

The prosecution pointed out that Dr Fowler did not volunteer his time and testimony. He will be handsomely paid for putting doubt in the jurors' minds. He brought his history into full view. He was coldly efficient and unswervingly dedicated to the task he was hired to do. Watching him trade his reputation for cash just increased my admiration for those who volunteer their time in more worthy pursuits. Thanks Mark for being Mark.

I tend to view things from the "perception is reality" POV, as someone in my profession would. No surprise there. So, when I learned of Fowler's background, I was shocked that he was someone the defense put forward. Of all the experts in the world, this is the guy they thought could best help their case? Hmmmm. Of course, perhaps he's all they could get.