No, Millenials did not "kill" anything.... 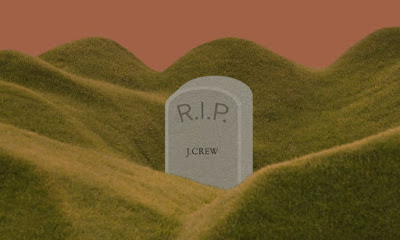 I'm pretty tired of headlines announcing that millenials-- the generation that came of age after 2000-- have "killed" something. The most recent "news" is that millenials have killed retailer J. Crew.

Millenials haven't killed anything. If they don't shop at J. Crew, it is probably because J. Crew is selling clothes they don't want. As the text of the linked story actually recognizes, that is the fault of the retailer, not the customer. To the degree that millenials spend less money overall than other generations, that is largely because they carry a lot of student debt, graduated into a lousy economy, and face challenges with decaying physical and social structure, all of which were problems created by the generations ahead of them (including mine).

I see millenials every day in class and elsewhere, and from what I can see they are hard-working, socially engaged, and if anything too competitive. Derided as the "everybody gets a trophy" generation, the truth is that they seem to be to be pretty resilient in the post-recession world they are entering as adults.

The truth is that generational generalizations are usually blunt instruments poorly aimed. We are a nation of individuals, and the plain truth is that there are plenty of slackers in the baby boom generation, and some remarkable entrepreneurs among the millenials.  The truth is that J. Crew committed suicide. Don't believe me? Then maybe you will want to buy these pants from them: 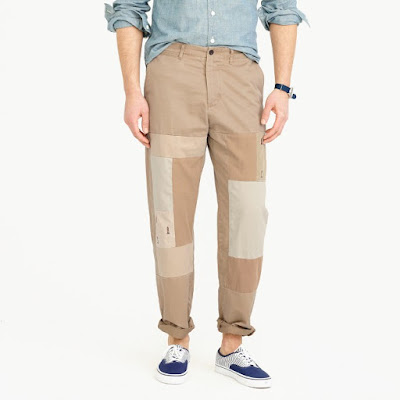 Comments:
"To the degree that millenials spend less money overall than other generations, that is largely because they carry a lot of student debt, graduated into a lousy economy, and face challenges with decaying physical and social structure..."

I also think they have less of a consumerist mentality than the generation that came before them - something I think is to their great credit.

My observation of the millenials that we hire in our office as student workers is that they are not very committed to anything outside themselves--especially their jobs--and they put their own immediate personal objectives, preferences and needs ahead of obligations they have made (like showing up and doing their jobs, plus the extra mile). The "extra mile" is only pertinent to their personal preferences.

If that sounds critical and condescending, it likely is because it is. They are bright and talented, but clearly, they are used to doing whatever they please, and then getting a trophy for it.

Admittedly, I am painting with a very broad brush, which is unfair to some.

Oso-- We have had different experiences with them, I guess.

BUT... is it fair to blame that generation for not being committed to their employer? They have grown up in a world where employers increasingly have no loyalty to or value for their employees, as they focus on short-term gains.

As a Millennial, I can say with complete confidence and without equivocation that my generation is the worst generation since the last one. We have inflicted great turmoil upon the world, and bear the brunt of the blame for what older Americans have done with social media. For every @realDonalTrump tweet, our generational debt increases. And don't get me started on our infatuation with avocado toast.

Nevertheless, its worth considering some things that Millennials are NOT fundamentally responsible for: