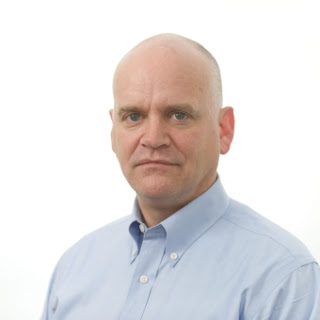 Thirty-five years ago this week, Ron Fournier and I were running neck-and-neck as friends and competitors on the Grosse Pointe North cross-country team. Now he is doing a remarkable thing: shaping the conversation over our national values and leadership choices.

Meanwhile, I am in rural Nebraska (at least for today).

Ron has relentlessly (and importantly) pursued the story on Hillary Clinton's emails, a tale that keeps developing new twists. Most recently, it has come out that the emails she thought she deleted will be available to the FBI, providing kindling for several more news cycles into the future.

Yesterday, Ron wrote a great piece at the National Journal titled Hillary Clinton: Come Clean or Get Out.  Here is part of what he has to say:

For Demo­crats, this is an op­por­tun­ity wasted. A crowed GOP field has been taken host­age by a celebrity bil­lion­aire with a his­tory of bank­ruptcies, sex­ist be­ha­vi­or, and ra­cially of­fens­ive state­ments. Lack­ing a firm grip on policy or the truth, Don­ald Trump is the GOP front-run­ner. His closest com­pet­i­tion, Dr. Ben Car­son, said Sunday he didn’t think a Muslin should be pres­id­ent, and his ef­forts to clean up the con­tro­versy have been as ham-handed as they are dis­hon­est.

Which brings me back to Clin­ton. Loy­al­ists ar­gue that her policy agenda speaks to Amer­ica’s new demo­graphy and ad­dresses 21st cen­tury chal­lenges. Even if they’re right, the Clin­ton team has un­der­es­tim­ated the value that voters place on a can­did­ate’s char­ac­ter. One top Clin­ton ad­viser told me in the spring, “Trust doesn’t mat­ter.”

What do you think? Will the Clinton campaign survive these issues, and should it?

Also, if you were wondering what we looked like back in the day… that is me on the left and Ron on the right (on either side of Jerry Stitzel): 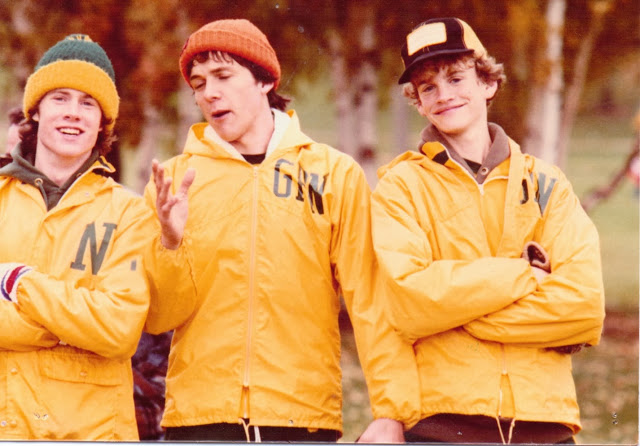 Comments:
At this point I would like to hear a bit more from Martin O'Malley. Ethicacy questions will always follow Hillary around and the problem is she doesn't understand why it is such a big deal. This is her albatross.

What I find odd is that the Republicans are concerned about her ethicacy and attack it regularly while letting their own crazies off the hook at this point. Perhaps because there are so many they figure they will weed themselves out.

ps - looking at this picture, I'm not sure which of your boys looks most like you at that age.

Ron Fournier. A man I place on the highest level in my pantheon of great journalists. As Bob Woodward once said, "that guy is not scared of anybody." I know we have different world views (and we know his views because of his courageous transparency). And this means we often disagree. However, having said that, knowing we will see things fundamentally differently based on our perspective, I find him the most intellectually honest big-league reporter/observer working today. Moreover, the man is willing to listen to anybody--not just for the sake of creating the impression that he is humble--but truly engage and listen and challenge and comprehend a point outside of his comfort zone. I love Ron Fournier!

As for Hillary Clinton, the whole Clinton drama seems old and tired. I am not intrigued. All these revelations seem to run together. My sense is that Hillary, Biden, and Bernie are all general election losers.

I notice Christine wants to hear more about Martin O'Malley. I think I have said this before, but from a purely "tale of the tape" metric way of thinking (young, articulate, looks good without his shirt, plays the guitar, and does not have much of a record to get in the way), O'Malley looks to me like the perfect general election candidate. But he has certainly not captured the imagination of Dems. We'll see if he ever does. It is getting close to the now or never moment for his campaign.

O'Malley probably could not get re-elected in Maryland if he were to run again. There was a major prison scandal that came out near the ned of his term and the state's budget is a mess.

As to Hillary, its just the same old narrative. Lots of LITTLE things that all call her credibility, honesty, ethics and yes, her authenticity into question.

The secretive meetings around health care reform in 1993. The sudden appearance of "Missing" law firm records at the White House, etc, etc.

None of these things, taken alone, disqualify her, but after a while, it all adds up.

And I still don't know what she stands for, other than her own self aggrandizement. As a disaffected Sort of Republican, I can't see myself voting for at least a few of the current GOP options. But at this point, I'd rather see Bernie than Hillary if a Democrat wins. Mixed in with his socialist principles is a true desire to govern -- to accomplish something. By all accounts he was a fair and well organized Chair of the Senate Veterans Committee and has worked across the aisle when he thought he could get something done.

I too am leaning toward Bernie and that is something from a person just left of center. I am more curious about Martin O'Malley because he is running and apparently going nowhere quickly. I know all I want to know and more about the Republican cast of characters.

Time to pull up Ron's article and take a look.

My perspective is a little different than some of the commenters. I'm a fan of Bernie Sanders - which means that it is a little early for me to commit to support him, but I probably will - but I think the reporting on both the email business (not just Fournier's) and Benghazi have been sensationalistic. Time and again, I've gone to stories trumpeted as news on these matters - the headlines are virtual clickbait, well, they are ARE clickbait - and find no news development really, instead for example, serial speculations about what MIGHT be on Clinton's email server. Apparently the FBI is going to look at it, but until it does, and reports its findings, these are all dissertations on the meaning of "wiped."

It is my impression that Clinton's story has remaining pretty constant throughout, but the cumulative effect of all the stories, including the ones that are not newsworthy, is negative, and unfairly so.