The Robert and Marion Short Distinguished Chair in Law

As I returned from China a few weeks ago, I got some great news: I was chosen as the Robert and Marion Short Distinguished Chair in Law.

You might think that because St. Thomas Law School is only about 14 years old that there are no great stories yet, but you would be wrong. In fact, the Short Chair itself involves three great stories: That of Robert and Marion Short, who endowed the chair, and those of my two predecessors, Judge Patrick Schiltz and Professor Susan Stabile.

Bob Short was a remarkable man, as is his widow, Marion.  Bob Short was a lawyer who built a business, a graduate of St. Thomas and Georgetown's Law School.  He and Marion settled in Edina, the town where I live now.  They built up a freight company, branched into hotels and real estate, and later purchased the Minnesota Lakers NBA franchise (which they wisely moved to Los Angeles) and the Washington Senators baseball team (which they moved to Texas, where the team became the Rangers).  After Bob Short's death in 1982, Marion very ably managed the businesses they had created.

Short was an ally and friend of Hubert Humphrey's, which might explain the evident discomfort he seems to have felt when he was seated next to Richard Nixon at a Senators game: 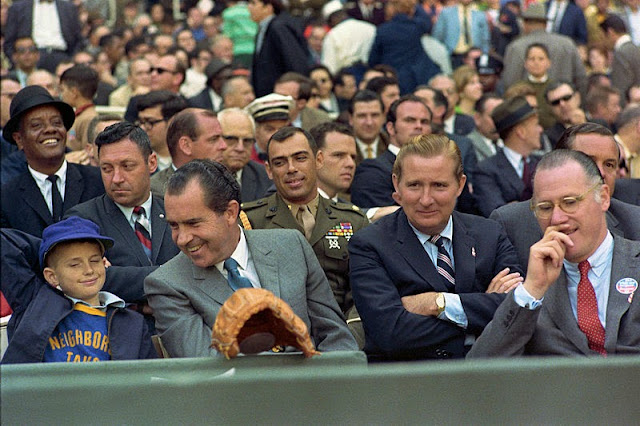 The Shorts took risks, built something worthwhile, and participated broadly not only in business and law, but sports and politics.  It seems fitting that the Short family are my neighbors, and that two of Robert and Marion Short's grandchildren have already been my students. 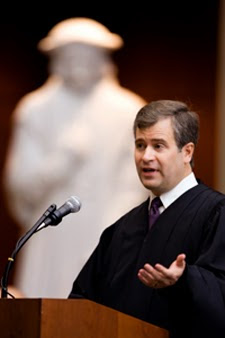 Judge Schiltz (who now sits on the United States District Court for the District of Minnesota), was one of the founders of the law school at St. Thomas. He and his wife, Elizabeth (who remains a treasured colleague), came to UST from faculty positions at Notre Dame.  As the new school began, he held the key role of Associate Dean-- the person who has to make the schedules and keep people in line.  Pat and Lisa took a great risk in making that move to a school that didn't yet exist in 2000, and among the beneficiaries of that risk are me and my students.

Recently, one of my students came to see me and plopped down on the green couch on my office.  She had just come from observing a sentencing Judge Schiltz had conducted.  This student is both a smart and street-smart person, and she was eager to reflect on what she had seen.  What had captured her in particular was the care the Judge had taken to evaluate the case-- it was clear that he was consummately well-prepared to make a hard decision.

Based on all that I knew about Judge Schiltz, I was not surprised.

My immediate predecessor is Susan Stabile, who is both my hero and friend. 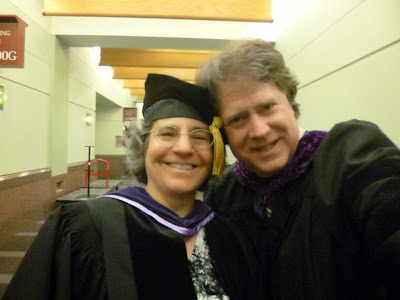 For the past five years, Susan has been the person who has challenged me as a Christian and an academic who takes Christianity seriously.  We have had a series of Catholic/Protestant debates, both formal and informal, on topics ranging from creedalism to saints.  With her, I learn.

Like the Schiltz's, Susan came to St. Thomas early on.  In her case, she was happily ensconced at St. John's University in New York, where she grew up. She was drawn to UST's potential, and took a risk by moving to a part of the country that had previously been virtually a blank spot on the map. She is an expert in both employee benefits and Catholic social thought, perhaps the only person in the country with that combination of attributes.  She is a former Tibetan Buddhist nun who returned to the Catholic church with a depth of understanding that she now shares with a very lucky circle of people.  I am happy to be one of them. If taking over her chair can make me a little more like Susan, that's a very good thing.

So, can a 14-year-old school have legends? You bet. And the best part is that they are still here to sit down and have coffee with.

Comments:
That is a great picture of President Dick Nixon.