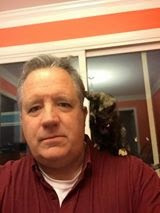 So, IPLawGuy sent me a link to this story:

FORT EDWARD  The trial of a Glens Falls man who is charged with knocking out his lawyer in a Washington County Jail meeting room was delayed Thursday when he attacked his new lawyer in court in front of nearly a dozen witnesses.

Aaron W. Jabot, 34, was taken back to jail after the incident that left lawyer Fred Rench with a bloody hand injury. Judge John Hall and lawyers debated how to handle the outburst, then the trial continued with Jabot not in the courtroom.

Jabot is on trial on a felony assault charge that stems from an April 29, 2014 attack on lawyer Garfield Raymond in jail. He was in jail at the time for violating parole in a 2007 attempted robbery case. The parole violation had been filed after he allegedly stabbed two people in a Glens Falls bar days after his release from prison.