Clark the Cub off to a troubled start... 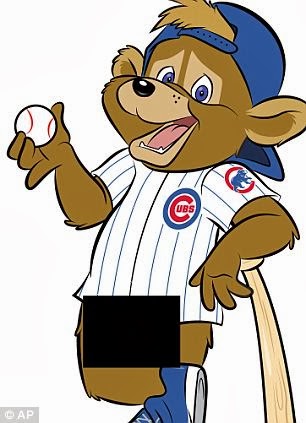 In lieu of getting better players or more popular owners (or less drunk-y fans), the Chicago Cubs have unveiled a new mascot, Clark the Cub.  The project is off to a troubled start, as several media outlets apparently announced the decision while displaying a drawing of an anatomically correct version of the pants-less Clark.  And, no, I am not providing a link to that.

Chicago seems to have a tradition of deeply troubled mascots, which up to now has mostly been carried on by bong-toting Northwestern U. mascot Willie the Wildcat.

Of course, there is mascot weirdness everywhere-- even at Baylor University.