Will the Baylor blogosphere survive without Swanburg? 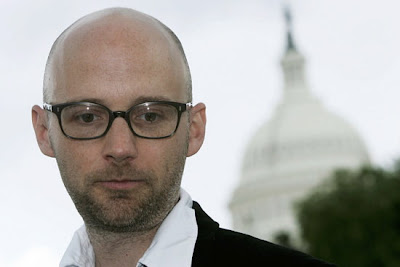 Since his announcement that he was going off to business school someplace (I think Wyoming or another square-shaped state), I've been wondering what will happen once Swanburg is gone. Will the Baylor blogosphere be able to fill the void? Many have already fallen by the wayside.

In my view, this is what it takes to be a decent blogger:

1) Regularity. It doesn't have to be every day, but reliable intervals.
2) A halfway interesting life.
3) The ability to talk about something other than yourself.

I realize that I have failed, at times, on all three counts.

So, who is going to step up? Smoke Rockport? Taffy Sunningdale?

Comments:
Hey, screw you. What am I, chopped liver?

So, kids. If you start a blog, be yourself.

Swanny, you will be missed and I hope you keep updating. We'll miss you round these parts.

When you copied poseur's comment on Swan's post, we had to send out interns for some booze, because it was just too funny to continue "working". Of course we had been working on drinking some booze, and this posed an existential crisis for us of sorts.

Also, your copy and paste job of your deacon's "about me" description was classic and also caused a work stoppage at the ALICO.

I fail on two out of three counts... 1. I CAN update regularly, but who would want me to?

2. I CANNOT manage to talk about anything but myself, my husband, my kid, my dog, my exploding house or my tile guy... OR the scourge of my life, Donut.

3. I have a NOT very interesting life. Unless you want a blog about trips to target, Spencer's preschool or Bill losing his wallet forty times a day, I would count me out. My house did explode and while that WAS exciting it was not in a GOOD way.

Our house is 6 months old, with WHITE EVERYTHING, including carpet, and we have a GIANT dog and a three year old. We are DOOOMED.

Yesterday while Bill was BBQing,Spencer decided it would be fun to pour Bill's beloved expensive Paul Prudhomme seasoning powder allll over the dog.

I mean Bill likes this stuff so much one year I got him a whole bunch for his birthday. ITs called Meat Magic or chicken magic and they have a million kinds and he gets these industrial sized tubs of it... He gets a lot of different ones.... He puts it on EVERYTHING I tease him a lot that I feel bad they do not make Pancake magic or Ice Cream magic...

Then instead of eating his burger, he had a race at the table with the condiments on his plate. It went something like this:

Mommy what is this white stuff called again??

Mayonnaise, but Spencer you should eat it though not just....

WE have been slowly trying to prepare Spencer mentally for the demise of Riley our dog, ebcause he is in pain, but the kid loves him soo much so we are trying to get him to understand that Riley might have to go live somewhere else, but that maybe we could get a new dog. He said No Mommy I want to keep my old dog.

Then we told him he could NAME the new dog ANYTHING he wanted.

Coming Soon: a dog we shall rescue from the pound (hopefully not 150 lbs) and he shall be named:

That could have gone better.

Uh, why does REM need anyone to fill in for Stipe? Did he finally waste away to a thin reed and blow away?

I will not be mocked.

OK, maybe I will. Pass the Chachere's.

No, but the guy in that picture looks like Michael Stipe, to me....

So I picked up Spencer from pre school today where this is "Ocean Week" in the Starfish room. so half way home he starts having a total FIT and he realizes that we left his Ocean in a Bottle at school!!!!!!!!

Luckily Bill was still in Canby so he picked it up. I asked Bill what it was like... and he said Uh, its blue water in a jar. hahahahahah


Also at preschool they told us today how polite SPENCER is.

this left me wondering what kid they were talking about.... but anyway I will tell Bill about that Cajun stuff.

Have you ever had Hellfire and Damnation sauce? That is his fav hot sauce.... The other day I accidentally called it HOTFIRE and DALMATION.... hahahah oops

Well I have to go because Sagwa the CHINESE sIAMESE CAT IS ON... AND OF COURSE i DO NOT WANT TO MISS IT.

Tony's rocks. It also comes in "more spice", which I guess means even the Cajuns think it's hot. I also love that Louisiana Hot Sauce stuff. It's kind of like tabasco, but strangely better. But then, this is from the girl who salts everything, and scrambled eggs are merely a hot sauce delivery device, and my favorite dessert is queso...

The CL makes this breakfast that I think may be my death-row meal, I call it the Fat Sandwich. It is scrambled eggs with queso, peppered bacon, Louisiana hot sauce, and avocado, on buttered toast. Heaven.

I thought that was Michael Stipe, too. It's not?

Ok I moved from Michigan to Wisconsin to Silicon Valley to Portland Or. Actually CANBY, OR. I do not know what queso is... Is it cheese? You nutty Texans with your Spanish stuff.....

I cannot deal with HOT things. I mean like Pepper and that is about it. When I was pregnant it was even worse.. Like Catsup was too spicy for me. I ate WEIRD stuff while pregnant.. Once for dinner I just ate like 4 avocados. I had like nothing else all day.

My thing is GARLIC I put fresh garlic in everything, tons of it. Its pretty gross. There used to be this Middle Eastern Restaurant the YRs and I discovered ... I cannot remember the name of it... what the heck was it called??? PINELAND maybe? It was like near Dearborn... or Canton maybe. We found it during one of the State Senate campaigns. but they had this garlic like sauce for everything sort of liek the garlic stuff that goes with that flaming cheese in Greektown.. It was SUCH STRONG Garlic... Bill says I have lost my ability to even taste garlic anymore....

BUT take out the hot sauce and all of that and that breakfast thing sounds goods. BUT not as good as Haagen Dasz Caramel Cone Ice cream.


You know I have a LOT of issues.

And contrary to popular belief, Cajun spice does not equal hot as hell, it means flavorful. Which is why Chachere's is so popular. It has flavor.

This is what Bill says all the time about most hot sauces and cajin spices A lot of them are HOT but they have no flavor This is why he likes Hellfire so much.

Maybe the photo is Tradelawguy. He has admitted to being follicly challenged and he does work here in DC