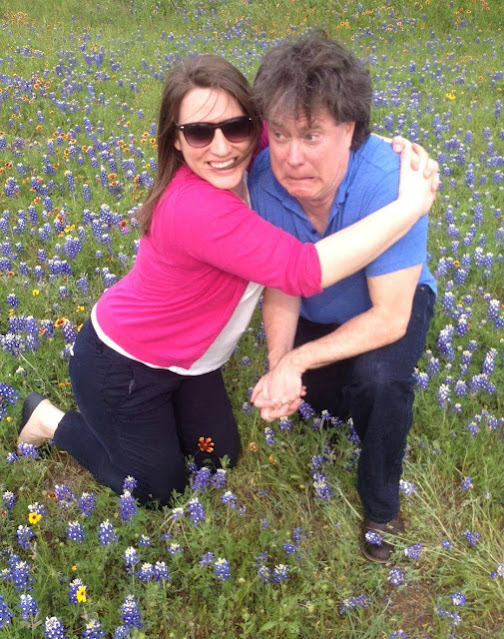 I'm devoting Wednesdays on the blog to profiling my former students-- alternating between Baylor and UST.

Joy Tull showed up in my Criminal Practice class at Baylor ready to litigate. And, also, to critique my choice of clothes. I remember that she showed up in my office one day with the sole and express purpose of telling me that my shoes were terrible. (I still have the shoes).

She was a great student-- better than I realized at the time, as sometimes happens. I kept track of her after she graduated and went to work for a firm in Dallas. When I started to do the Trial of Jesus with Jeanne Bishop and Sara Sommervold, I brought Joy on as my trial partner and she was awesome. She knew the Bible inside and out, which helped, but mostly she is just a fierce litigator.  It seemed like she was thriving.

But, she wasn't, really.  The firm wasn't a place where she could really be true to herself, either in the work she did or in her identity; it was part of a series of homophobic institutions (including Baylor) that had dominated her life for too long. So she came to Minnesota for a while and hung out with Sara Sommervold and a bunch of my UST students and got away from all that.

And then she went to Chicago and became a public defender and really shook the world. It's hard to describe how good she is at the job-- she is already a legend. She won her first 20 trials (more, I think), which is shocking; prosecutors usually hold the stronger hand.

I've had a lot of students. And of them all, Joy may be the one who makes me proudest.

Comments:
Her unbroken stretch of "not guilty" verdicts actually reached 34 at my last count--a record unheard of in the public defender office where we both work. Prosecutors on the other side of her cases started dropping charges rather than face her in court. Good job, professor!